The rats, the genuine souls of Paris

Rat, you're my friend. My similar, my brother. Parisian for a lot longer than us, you're a vital part of our urban life. You do even part of the cultural bree 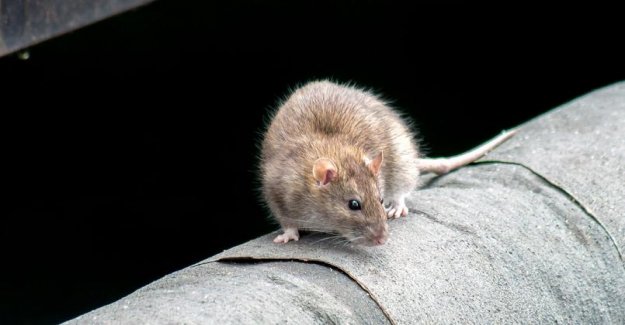 Rat, you're my friend. My similar, my brother. Parisian for a lot longer than us, you're a vital part of our urban life. You do even part of the cultural breeding ground of the city: at Zola, Hugo, Sue, or Balzac, you are an inseparable part of the City of Light. Your cousins and you are now four million: nearly double the population intra-muros.

The town halls of the district are, however, well ungentlemanly to your place: Geoffroy Boulard, mayor of the Xvii century, has started this spring the vast operation debriefing "Report a rat" which is not without reminding us of the dark hours of #metoo, of mccarthyism and the black years. An indictment that smells the "rat-fle". Now, everything is good for you to stalk, little hairy: even the traps at pastis, as you taste the anise.

The town hall has also tried to te muzzle: las, Mao Peninou, the deputy in charge of the cleanliness, has recently thrown in the towel. Under a pretext of political and misleading, he found that his first name was meowing not afraid of him not surmulots. It is that you do not fight against the soul of a city. You're not parisian, you're Paris. His subconscious; that the deaf, who is not called, which is impalpable. The association Zoopolis has understood, who takes your defense with passion. "The rats are not our enemies", a-t-on lu this fall in the corridors of the subway. Of the posters pastel you showed as you are: charming, cuddly, laid.

We have so much to learn from you, ratounet. Your resilience is a model: you survive all the assaults. The Parisians were dying under the hidalguisme creepy and scooters electric, but you prosperous, croîs and you multiplies. Would you be the Paris of the future? The future is there to the dumpster and the sewer would come to salvation? As in the Ténèbrax of Lob and Pichard, soon you will wear a suit and tie. In 1952, Simak published Tomorrow the dogs ; and in 2018 you are claiming "today the rats!" . Paris, or the future gnaw.