The islanders threw bottles and rocks after the cruise ship

the Police had to use tear gas when a group of people on the island of Réunion, would prevent the passengers from a cruise ship to go ashore. Krydstogtsskibet 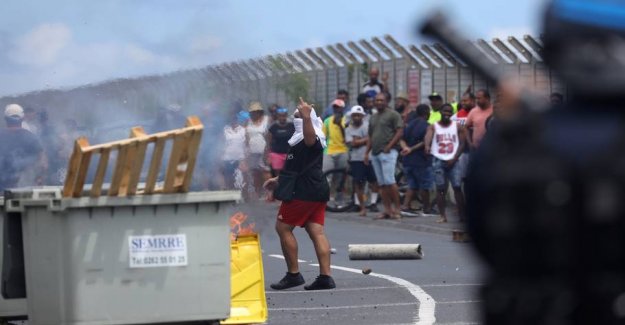 the Police had to use tear gas when a group of people on the island of Réunion, would prevent the passengers from a cruise ship to go ashore.

Krydstogtsskibet had already been rejected by the authorities in Madagascar because of coronafrygt and, therefore, were the inhabitants of Réunion in the Indian Ocean also afraid that there were passengers aboard who were infected.

the Incident happened only some hours after, that there had been clashes between police and protesters at the airport in Martinique, a French overseas territory like Reunion. The protesters demanded stricter control with new arrivals to the island because of the fear of the spread of the coronavirus. It writes the AFP.

Early Sunday morning, put the cruise ship Sun Princess, which is owned by Princess Cruises, docked at the island of Réunion with 2000 passengers on board.

Here tried the locals to prevent the possibility of passengers leaving the port, resulting in that the police had to break into. The demonstrators threw rocks and bottles after the security forces, which gave again with tear gas.

At the time, had 300 passengers have already left the port by bus or taxi.

- We are of course not opposed to the arriving tourists. They are necessary for the development of our economy. We just want to be sure that there is any risk of the coronavirus spreading, " said protester Yannis Latchimy to the AFP.

It came to clashes between protesters and police, when a group of residents on the island of Réunion protested against the fact that passengers from a cruise ship could land without having measured their temperature. Photo: Richard Bouhet / AFP

A person from the regional health authorities was, according to the AFP present on the port, where he handed out mundbind and oplysningsfoldere to the passengers. But no passengers had taken their temperature.

- We do not know whether the people here are sick. They are not tested. It is dangerous, says Latchimy.

the Cruise ship was rejected by the authorities in Madagascar, because there was not yet gone 14 days from the ship had left Thailand, where there have been several cases of infection with the coronavirus. The incubation period of coronavirus is up to 14 days.

on Sunday night left the cruise ship Reunion in order to travel on to Mauritius.