Marouane Fellaini is infected with the coronavirus. It informs belgierens chinese club, Shandong Luneng, Sunday. The former Manchester United player is the 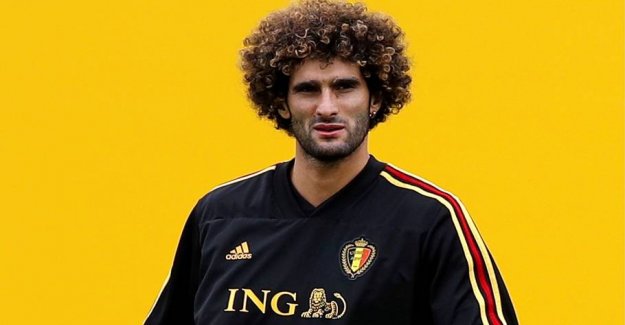 Marouane Fellaini is infected with the coronavirus.

The former Manchester United player is the first player in the chinese Super League (CSL), who have tested positive for the coronavirus.

The 32-year-old belgian midfielder has a normal temperature and feel just fine, but he is under observation and receive treatment, informs Shandong Luneng.

the Club will do its best to help with the treatment of the player, reads it from the chinese club.

Fellaini is just the latest prominent name in the world of football, which is infected with the coronavirus.

the 18-year-old Daniel Maldini, son of the legend and Milan-debutant this season, is also infected.

In Spain, it is also reported on several football players with the virus.

Among other is Espanyol striker Wu Lei, China's most well-known football player, infected as well as several of kineserens teammates.

Fellaini is the first confirmed smittetilfælde in the CSL, and it makes it perhaps more difficult to start the season in april, as the hope was in China.

The chinese league was postponed a month in march, but was later postponed indefinitely.

Coronavirusset bread first arrive in the chinese city of Wuhan in december and has since spread across the world and infected more than 300,000 people and killed over 13,000.