The Norwegian government is ready with millardgaranti to Norwegian and SAS

because of the outbreak of the corona virus is the Norwegian airlines, like so many others, in the knee. the Six parties in the Norwegian parliament, Storting 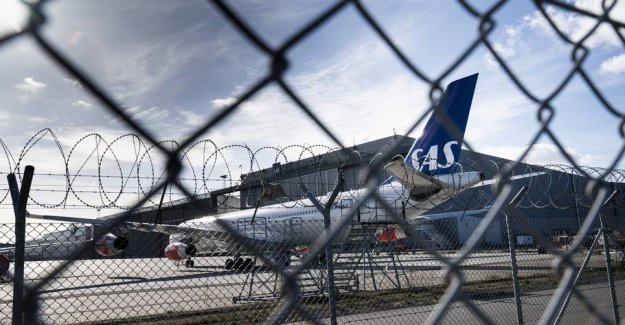 because of the outbreak of the corona virus is the Norwegian airlines, like so many others, in the knee.

the Six parties in the Norwegian parliament, Stortinget, has on Thursday presented a milliardstor guarantee scheme in the six billion Norwegian kroner (3.7 billion Danish kroner) to the pressure on the Norwegian airlines.

Here are the Norwegian state, among other things, made 1.5 billion Norwegian kroner (936 million Danish kroner) in loan guarantee for SAS.

Most of the milliarderne accrue to the hard-pressed airline Norwegian, which already before coronakrisen was also the pressure of economic.

Norwegian gets access to three billion Norwegian kroner (1.8 billion Danish crowns). It is nicely in line with the guarantee, as the Danish and the Swedish state launched earlier in the week for the SAS of three billion Swedish kronor.

It is the governing parties Right, Left and KrF, and the Arbeiderpartiet, the centre party and the Progressives, who have agreed on the aid package.

- There are difficult times for the airline industry, but we believe that this is a package that will make it easier to get through a challenging time, says næringsminister (minister of trade) Iselin Nybø to NRK.

There is talk of a loan guarantee, and there are a number of conditions for companies.

In the Norwegians cases, it is divided into three phases. In the first phase, for example, promised a guarantee of 300 million Norwegian kroner. The only condition here is that the company find someone who can finance the remaining 10 percent of the loan, writes NRK.

Lånegarantierne from the Norwegian state should help the airlines to gain access to finance on the market.