The Danish duo of drawers in the WORLD cup cooperation

There had been high hopes for Amalie Dideriksen and Julie Leth in the women's cooperation at the WORLD championships. But the duo had to settle with a fifth 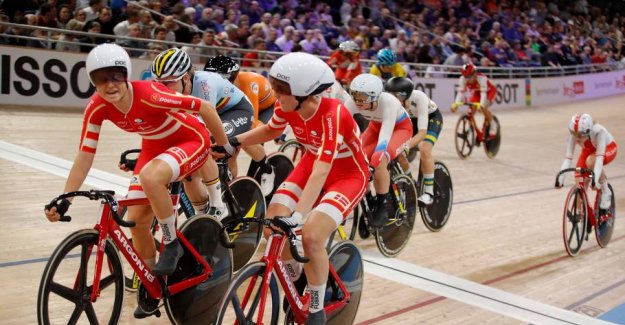 There had been high hopes for Amalie Dideriksen and Julie Leth in the women's cooperation at the WORLD championships.

But the duo had to settle with a fifth place finish on a day where the two danes are otherwise struggled with whether the medals to the last.

Leth and Dideriksen won in the fall of the EM-gold, but had the Saturday to see themselves beaten by four european pairs.

Holland's Kirsten Wild and Amy Pieters was the world champion with France and Italy on the next seats. Also the belgian pair finished in front of the danes.

- It could easily have been more. The (Leth and Dideriksen, red.) make just too many fodfejl, as the others are not doing. There are too many shifts, the cats, and the seats in the positionskampen, which are lost. They did just fine, says national coach Mathias Møller Nielsen.