The All England is played in spite of coronaviruses

this week was badmintonturneringen German Open cancelled due to the risk of infection of the coronavirus, but next week's historic All England will be played a 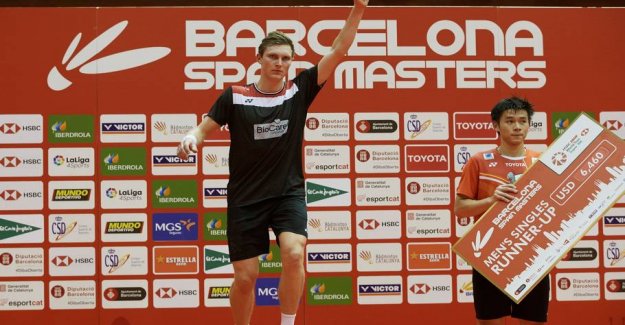 this week was badmintonturneringen German Open cancelled due to the risk of infection of the coronavirus, but next week's historic All England will be played as scheduled.

It is the latest report that Badminton Denmark have been from the organizer, tells the team he will play for Jens Meibom.

- We've got announcement that the tournament be played as scheduled, but of course this can change from day to day. There are tightened travel advice to several countries, but England is not on the list. We follow the recommendations of the authorities, " says Meibom.

the Organizers are reporting does not that you have to take special precautions.

- other than this you should keep good hygiene and keep the distance, he says.

Sportschefen have not heard from players who are reluctant to travel.

- There are no indications that one should be more concerned about England than in Denmark. I have urged the players to say it to me, if they are concerned, and I have not heard from anyone. So I expect that we all travel to England on Monday, says Meibom.

There are important OLYMPICS-kvalifikationspoint on the game in the period leading up to 1. may, and there will be more cancellations as the German Open, it can affect players who are on the teeter-totter to get to the OLYMPICS in Tokyo.

- Now, there are 22 tournaments to collect points in, so if only the German Open is cancelled, you can not give the blame for, that one is not qualified.

- But one imagines that four of the last six tournaments to be cancelled, so it can be a obstacle for anyone, " says Jens Meibom.