Tester for 5G: No reason to panic

There is no evidence that the neither the current mobile networks, 4G, or the upcoming called 5G harm to people. It is the conclusion of a comprehensive study 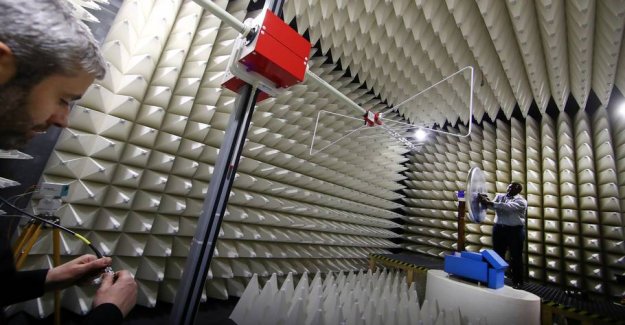 There is no evidence that the neither the current mobile networks, 4G, or the upcoming called 5G harm to people.

It is the conclusion of a comprehensive study by the International Commission On Non-Ionizing Radiation Protection (ICNIRP) has just been published.

ICNIRP is an independent and non-profit organisation of researchers in Germany, doing scientific advice about radiation from mobile phones and the many mobilantenner, which is set up to bind the network together.

And among other things, the Danish authorities use the advice that ICNIRP is behind.


The new study is a follow-up to the afbefalinger, as the ICNIRP published way back in 1998.

According to the organization, the difference is then, that the opportunities to measure and assess the damage, as the radiation may expose people to, today is much better than back then.

But the result in both 1998 and today is that mobile radiation is far below the level that can damage human health.

- We have not found scientific evidence that mobilstråling for example, can cause cancer, explains Eric van Rongen, who is chairman of the ICNIRP, for the BBC.

- But we know that parts of society are concerned about the safety of 5G. Therefore, we hope that the updated guidance will give the critics quiet, he says on The Guardian.

the roll-out of 5G has met resistance among those who believe that technology can harm animals and people. Scientific gets the benefit of the doubt, however, met with a clear answer - namely, that mobilstråling is not harmful to health. Photo: Toby Melville/Rizau Scanpix

Will sue the Danish state

In Denmark, fighting a group of organisations against just the findings, which come from the ICNIRP.

Through the website landsindsamlingenmod5g.org they try to gather money and support enough that they may bring a 5G case against the state.


The new studies has undergone an extensive amount of scientific studies and data. And on the basis of them recommend ICNIRP to tighten the limits on 5G-mobile phones that uses frequencies above 6 GHz.

In practice the radiation, however, already now significantly below even the new limits.

According to The Guardian exposed the users of the mobile phones on average for only one percent of the maximum radiation, as you can tolerate. And just half of the limit, when mobitelefoner send with the highest strength.

Also the so-called base stations with mobilantenner expose people to about one percent of the limit.

See also: Apple: How to disinfects your iPhone


even Though the studies thus absolve the radiation to be harmful to health, so recognizing the ICNIRP, there is an influence of the body.

Thus, affected the nerves, cells, ability to be penetrated and the temperature in the local areas.

How it works prislinks in this article

This article contains affiliate links for Ekstra partner Resin. When readers click on these links, we receive a small payment. The cooperation has no impact on the tests or techhistorier we bring - or a possible review of a product.