Syria's army says that any aircraft violating syrian airspace over the province of Idlib, will be shot down. - Any aircraft that violate our airspace will be 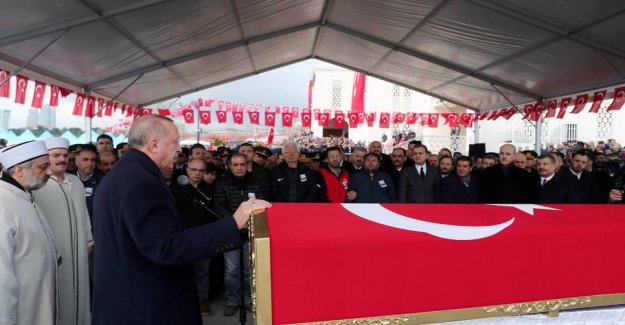 Syria's army says that any aircraft violating syrian airspace over the province of Idlib, will be shot down.

- Any aircraft that violate our airspace will be considered hostile and will be shot down, says in a statement from the army, which is reproduced by the news agency Sana.

Further states that 'the Turkish regime continues to take hostile actions against our armed forces' in Idlib.

Shortly after informs the Turkish television that Turkey shot a syrian plane down over the city of Saraqeb in Idlib.

denied by the syrian government. Instead, inform the guide that it has shot a Turkish drone down in the province.

The most recent message from the regime in the Turkish capital, Ankara, according to AFP news agency, that Turkey has put a military operation against the syrian army.

Russia is supporting militarily the syrian regime, and is also active in Idlib. The province bordering Turkey.

Thursday was 33 Turkish soldiers were killed during an air strikes in the province. An attack that Turkey gave the syrian government blamed for.

The Turkish government says it has no desire for a confrontation with Russia.

- We have no desire or intention to clash with Russia, says defence minister Hulusi akar's