Riddle solved: the world's Oceans comes from the room

A giant collision that created the moon 4.5 billion years ago, left the ground dry as dust. Therefore, scientists have had a theory that the globe in the cour 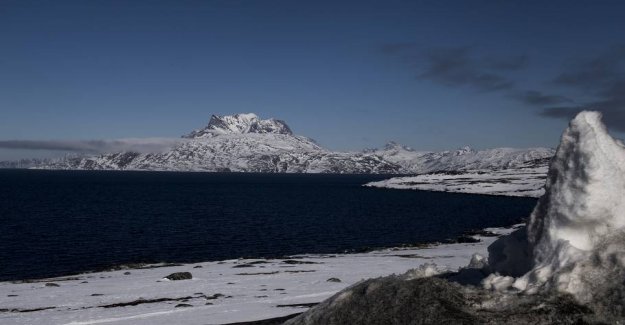 A giant collision that created the moon 4.5 billion years ago, left the ground dry as dust.

Therefore, scientists have had a theory that the globe in the course of the next million years was bombarded with meteorites from the outer solar system, which among other things contained the water.

The theory is the Danish geologist Kristoffer Szilas from the Department of Geosciences and nature Management at the University of Copenhagen, denmark now confirm.

He has found a 3.8 billion-year-old 'fingerprint' from a special type of meteorite.

It writes the University of Copenhagen, denmark.

- We are the first found is the unique isotope fingerprints of the Earth's very earliest building blocks, which tells us both how the original globe was composed, but also how the oceans ' components has come from, which is grundladet for the life on the earth. Thus there is a big mystery on our planet resolved, says Kristoffer Szilas according to the press release.

the Evidence from Greenland tells that if you are mixing in the early earth by meteorites from the outer solar system, so you get the current jordklodes composition.

- here is a small unique window into Earth's earliest possible stage. This isotopic composition can be either artificial or created by the processes here on Earth. It is a fragment of the original building blocks that were found within the meteorite bombardment, and which therefore have survived several billion years of tectonic processes, says Kristoffer Szilas.