Researcher: Crazy sick with symptoms are not tested

Denmark and other european countries fails fatally in the attempt to curb the infection with the corona virus. For it is a big mistake that all with the symptom 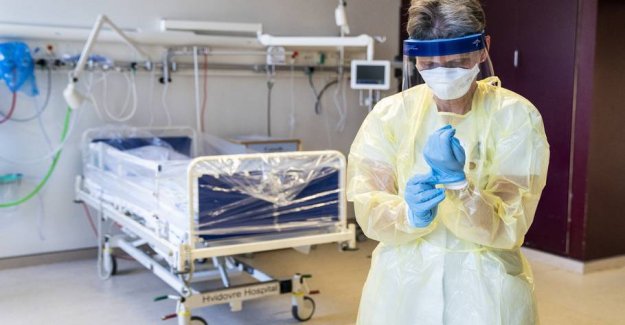 Denmark and other european countries fails fatally in the attempt to curb the infection with the corona virus. For it is a big mistake that all with the symptoms of corona virus is not being tested for the infection.

this is the sound of criticism from scientists, who fear that the error is going to cost lives. It writes Politiken.

One of the critics is an associate professor in the combating of viral diseases Kristian G. Andersen.

He is working on the american research institute the Scripps Research in California and sits in a panel of scientists, which advises the u.s. government on the coronakrisen.

When my sister told me that testing sick with symptoms was stopped at home in Denmark, I thought not on it. It is absolutely crazy.

- The most important thing to combat this epidemic is to know who is infected and who is not. If we stop testing, we have failed, says Kristian G. Andersen, to the newspaper Politiken.

In Denmark, the focus is on finding the most sick and vulnerable patients - those who are at risk.

Health authorities in Denmark had to begin with a strategy to track down and put all the infected people of coronavirusset as well as the, as the infected had been in contact with in quarantine.

Last week changed the authorities strategy to primarily to test the seriously ill.

Epidemiforsker and professor at Roskilde University Lone Simonsen believes that there could well be tested more.

- But such a strategy is to find all event works best at the beginning and end of an epidemic, where you have a better opportunity to put into and contain. Now it's probably too late here in the country.

- I believe that the resources now are better spent on gearing the hospitals and preparedness for the many admissions that will come, she says to Berlingske.

There is according to the Danish Health and medicines authority does not need to test people who are not experiencing severe symptoms or is not at risk.

the Reason is that a test is not decisive for how the individual should behave - stay at home and avoid close contact with others.

the world health Organization (WHO) recommends that countries test as many as possible for coronavirusset. And it has, for example, south Korea had great success with.

WHO stresses in an email to Berlingske that 'one of the key elements in responsstrategien is to test the patients'. An exception may be, however, if a country has difficulty to obtain enough testkapacitet, sounds it.

the Health director, Søren Brostrøm, said at a news conference on Wednesday that Denmark will soon reach a 'testpraksis', which is higher than South korea's.