Borders and Europe must be protected against the migration ... - It will not help anyone to convince people of Syria into that all will be well if they cross 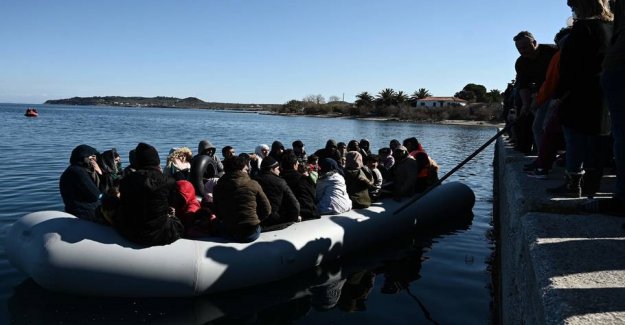 Borders and Europe must be protected against the migration ...

- It will not help anyone to convince people of Syria into that all will be well if they cross the border...

How to write Brian H in a comment on Politiken's Facebook profile on the agreement the EU signed with Turkey back in 2016, who went on to the european UNION to send money to the refugee council in Turkey and that Turkey should refrain from sending refugees into Europe.

And Brian is not the only one who think that migrants/refugees must be stopped before they get into the EU:

- There has been war in the Middle east in several hundred years.

- You can stay and fight and otherwise, it has of course put his vote on someone other than a dictator, writes Lone M, and Allan's continues with this picture:

- In a boat, there is room for a certain number, before the boat sinks...

- It is migrants, not refugees.

See also: Wrath of the greeks cried out to the refugees: Travel


Erdogan has repeatedly pointed out that his country can not cope with the many refugees who come from f.ex. Syria and Afghanistan, and the EU-Commission confirms in the day to the nation!, to the 45 billion the EU promised to channel to the refugees-help in Turkey, not used yet:

- the EU has promised to pay 45 billion dollars to Turkey within a year.

- the Money should go to ngos, not to us.

- In the round Danish kroner corresponds to the approximately. respectively. 45 billion, 35 billion. and 24 billion.

- It is estimated that a total of € 4 billion. (approx. 30 billion. kr.) will be paid before the end of the year, writes the commission, to the nation!, and tells that some of the money has gone to well-known names such as the Danish Refugee council, the Red Cross and Unicef, who have projects for refugees in Turkey.