In just nine days, a 44-year-old man received his sentence of seven years " imprisonment after he was arrested and charged with being in possession of six kilo 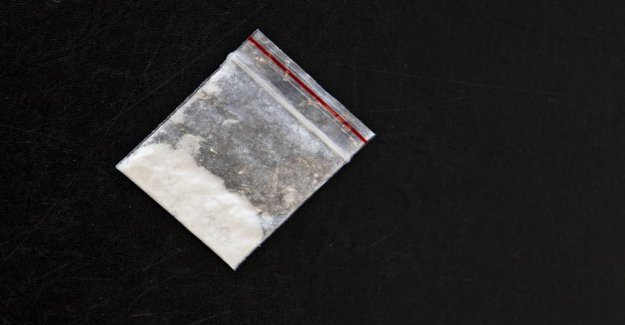 In just nine days, a 44-year-old man received his sentence of seven years " imprisonment after he was arrested and charged with being in possession of six kilograms of cocaine and 85 pounds of marijuana.

On the basis of a tip came to police unit Special Investigations West on the trail of a car that was allegedly used to transport drugs in. 11. march got the Special Investigation West assistance of the north Zealand Police, who stopped the car on the Isterødvejen around Hillerød. Behind the wheel sat the 44-year-old man, the police immediately arrested.

In the car were three kilos of cocaine and about 85 pounds of marijuana were seized. The police had a suspicion that the 44-year-old had thrown some of its drug cargo out of the window, when he saw the flashing blue lights, and therefore was the side of the road examined with hundepatruljer, where they found several packages with a total of three kilos of cocaine. A larger piece of the road was briefly blocked off the day after, while the police investigated whether there had to be several packets on the line.

Friday, nine days after his arrest, the 44-year-old already charged in Court in Aarhus, where he acknowledged to have been in possession of large quantities of marijuana and cocaine, which he had planned to sell on to some other. The verdict was seven years in prison to the man. the

'I am very satisfied that the accused person was convicted then a few days after the arrest, and that the police have prevented such a large amount of narcotics in the end of the street', says prosecutor in the Special Investigation Vest, Morten Rasmussen.

The 44-year-old acknowledged the relationship and received the verdict. He was driven directly to the execution of its judgment, after it was given.