Ports rejects cruise ship: the Employee has the flu

Yet a cruise ship is just now being rejected from the ports, where it otherwise had planned to dock. the Cruise ship MSC Meraviglia from the company MSC Cruis 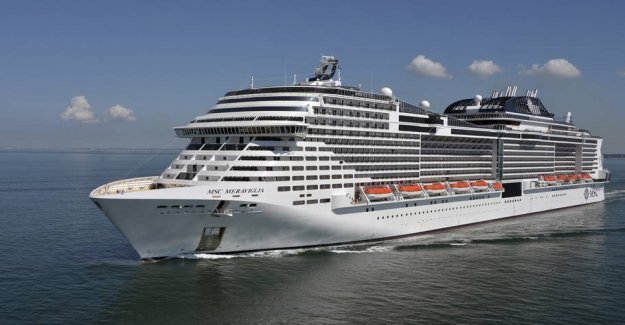 Yet a cruise ship is just now being rejected from the ports, where it otherwise had planned to dock.

the Cruise ship MSC Meraviglia from the company MSC Cruises has been rejected from the two ports, because the authorities fear that there is a coronavirus aboard the ship. The ship with more than 4500 passengers and 1600 employees was rejected by the Jamaica and the Cayman Islands, after it was discovered that one of the employees on board had not the good. It writes the New York Times.

the Cruise ship arrived at Ocho Rios in Jamaica from Miami on Tuesday morning. Here reported the ship's crew, that they had a person aboard with the flu. The jamaican authorities were concerned, there was talk of coronaviruses, and therefore chose to reject the ship. Then the ship sailed to the next port on the route in Georgetown, Cayman Islands.

It was supposed that the ship would dock Wednesday morning in Georgetown, but here the ship was rejected by the minister of health.

- We are extremely careful because we will protect the health and safety of our residents, therefore, the government has rejected the permit for the cruise ship, as previously planned, says Dwayne Seymor, the minister of health in the Cayman Islands, in a press release.

- I hope this journey gets worse, wrote passenger Phillip Emerson on Twitter.

the Incident comes after another cruise ship, the MS Westerdam, which sailed in Asia, were rejected from the five ports, before it after 14 days at sea were allowed to dock in Sihanoukville in Cambodia. There weren't any infected on board the MS Westerdam, but since the ship was sailed out from Hong Kong, where the infection with the coronavirus was already beginning to spread, authorities would not take any chances. Therefore, the ship was rejected.

In a statement on Tuesday afternoon said MSC, to all their employees and passengers had taken a mandatory test for corona, before they came aboard the ship.

- Our employee has gone to Miami from Manila in the Philippines via Istanbul. He developed symptoms of a common influenza and tested positive for type a influenza, when he visited the ship's medical centre. He has no other symptoms, says MSC Cruises.

The next port on the tour is located at Grand Cayman, then Cozumel and then the MSC's private island of Ocean Cay, before the cruise ship is sailing back to Miami 1. march. There is nothing new on whether the cruise ship also has been rejected from the next destinations on the route.