Plea to the prime minister: the Lack of protective equipment is critical

the Lack of protective equipment is a critical situation for the Danish health care system. Such is the assessment from Joachim Hoffmann-Petersen, who is the 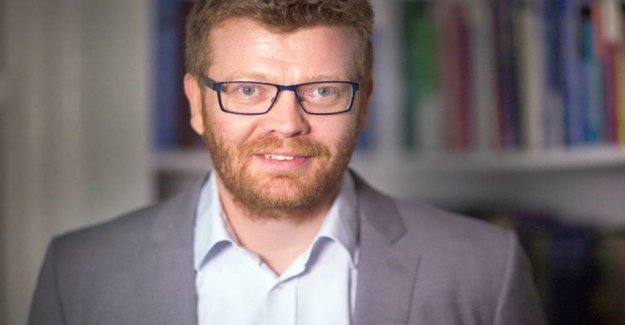 the Lack of protective equipment is a critical situation for the Danish health care system.

Such is the assessment from Joachim Hoffmann-Petersen, who is the chief physician and president of the Danish society of anesthesiology and intensive care medicine, in a plea to the prime minister, Mette Frederiksen (S).

- the Responsibility is the prime minister, and the situation with the lack of protective equipment is critical. There are 17 dead, doctors in Italy, and we do not know the number of nurses yet. It is serious, he says to Ekstra Bladet.

According to Joachim Hoffman-Petersen, there is a need for the prime minister with the same rows out of the total Danish industry and calls for the production of protective equipment.

- to be produced in the hundreds of thousands of different protective equipment, before the week is over, he says.

Opråbet from Joachim Hoffman-Petersen comes shortly after the Danish medicines agency in a press release has stated that you risk to run out of protective equipment as håndsprit, face masks, respirators and visors for use in the Danish health sector.

See also: Danish hospitals run the risk of running out of håndsprit and face masks

According to Joachim Hoffman-Petersen, it is, for example, FFP3 masks, which is a special sikkerhedsmaske with the valve, which must be produced.

And he directs a criticism of the government for not having reached out to the industry in the past.

- You could have asked about it here several weeks ago.

- the Industry is going to have to be able to deliver, but I don't know if they can. We shall see, he says.

- We are taking the situation very seriously, and we are working non stop seven days a week to provide protective equipment to the Danish health care system, he says.