Over 100,000 people have been infected with the coronavirus

Over 100,000 people worldwide on Friday afternoon has been confirmed infected with the coronavirus. It shows the most recent data from the u.s. Johns Hopkins 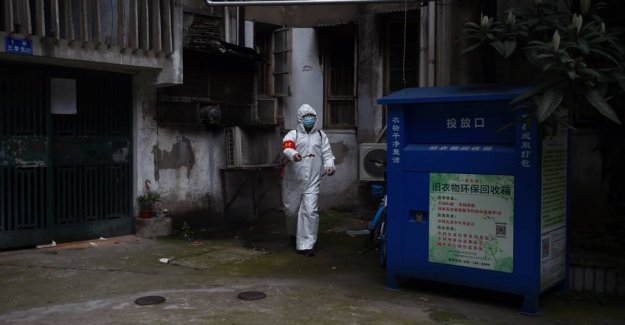 Over 100,000 people worldwide on Friday afternoon has been confirmed infected with the coronavirus.

It shows the most recent data from the u.s. Johns Hopkins University, which follows the widespread outbreak closely.

exactly, it appears from the university's inventory, the 100.276 now been recorded infected with the virus. 3404 people have died as a result of the infection.

the 55.000 persons have so far recovered after being infected.

the Outbreak has its epicenter in the megapolis of Wuhan in central China. It broke out at the end of december last year.

It is also in China, to clear the most individuals have been confirmed infected. Over 80,000 cases are here confirmed, while nearly 3000 people have lost their lives in China as a result of coronasmitte.

The most frequent symptoms at the coronasmitte are fever, fatigue and dry cough. It informs the world health Organization (WHO).

The hardest hit country in Europe is Italy - and in particular the north of Italy.

across Italy is barely 4000 people have been confirmed infected with the virus. 148 people have lost their lives as a result of the infection.

In Denmark is 21 been recorded infected with the coronavirus, while two are registered infected at the Faroe islands.

No one has lost life as a result of the infection in Denmark.

Prime minister, Mette Frederiksen, has on Friday held a press conference about the government's latest measures to prevent coronasmitte.

it urged the prime minister, among others, for all events with over 1000 participants will be cancelled.

- When we take these steps, it will be because we will avert potential loss of life. Many will sit and have booked a journey or ticket for a concert, which they have looked forward to.

I hope that all will rise up and look at it from the perspective of society. I appeal for unity and patience, " says Mette Frederiksen.

the Danish Melodi Grand Prix are among the events that will be affected. Musikshowet held on the grounds of the appeal without spectators on Saturday.