Only on Extra Magazine: - We have never tried it before

In a time where most of Denmark will be closed, and the danes are forced within doors, Extra Magazine and Dizzy Mizz Lizzy teamed up to give the danes a complet 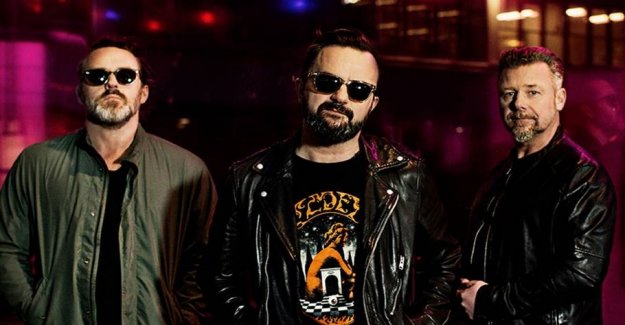 In a time where most of Denmark will be closed, and the danes are forced within doors, Extra Magazine and Dizzy Mizz Lizzy teamed up to give the danes a completely unique experience, when we stream a live concert on 30 minutes direct from the band's rehearsal room.

the Purpose of the concert is to spread the joy and good mood, while Denmark is shut down, and viewers get a unique opportunity to get close to the seasoned rock band with Tim Christensen in the lead.

See also: Only on Extra Magazine: Big news from the Danish topband

He says that the band is looking forward to an experience they've never tried before.

- We think it is great. It is also why we have said yes. You would like to fulfill it, we are asked to stay at home as far as possible, and so one must do what one can in order to reach out to each other. This is a really good way to do it, says Tim Christensen, and adds:

- We have never tried it before. At least not by the orchestra.

Dizzy Mizz Lizzy are used to perform in front of a live audience. In the evening it becomes digital. Photo: Per Lange


He does not know quite whether the band would consider it to be an outright concert. He sees it more as an opportunity for the danes to get a peek into their rehearsal room.

- I think we see it a little like getting some friends to visit in the rehearsal room and take it quietly. But anyway, hopefully some good vibes and good energy. There is no doubt that it will be different, but I'm sure it will be fun anyway, he says, and adds:

- And if the people are good to comment on it, can we also perhaps a little easier to get a feeling that there actually is someone at the other end.

The danes tuner check on the Extra Magazine at the concert start at 20, can look forward to hearing some brand new Dizzy-numbers and, of course, also the old hits.

- What can the audience expect?

- Well, it is a little it with a more casual performance with both a little new and a little old. Just to check in with each other and enjoy each other's company at a distance, says Tim Christensen.

the Concert is expected to last 30 minutes.