Norway introduces kriselov in the fight against corona

All parties in Norway are behind a kriselov, which gives the government extra powers in the fight against coronavirusset. the Law applies only in one month an 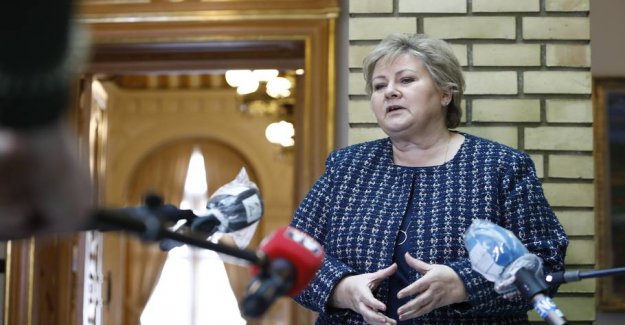 All parties in Norway are behind a kriselov, which gives the government extra powers in the fight against coronavirusset.

the Law applies only in one month and can only be used when the Parliament can not handle the case.

It can only be taken in use, if the changes, there is a need for urgency, so much so that it is not possible with an ordinary processing in the Storting.

- This is not a general power of attorney, but is framed in, " says Jonas gahr støre from the Arbeiderpartiet, which has been at the forefront of the work to get the law in place.

The new coronalov is composed in the course of a few days. Since the original proposal was submitted, it was strongly criticized by legal experts, who considered that it went too far.

the Government had asked for a general power of attorney, but the Norwegian Parliament introduced certain limitations.

Prime minister Erna Solberg from the party Right says to the tv-station NRK that she is happy for the decision that now is taken in the Norwegian Parliament.

- This was not an attempt at a coup d'état, but an attempt to get everyday life to function, she says.

the Law is not finally adopted. First to the second reading on Tuesday and then adopted in the council of State, which is a piece of advice, in addition to the prime minister consists of several other members, who are appointed by the king.