No German eiswein this year

the Article is made in collaboration with DinVinGuide - read more here. There will be no German eiswein produced in 2019-the year, as temperatures across Germ 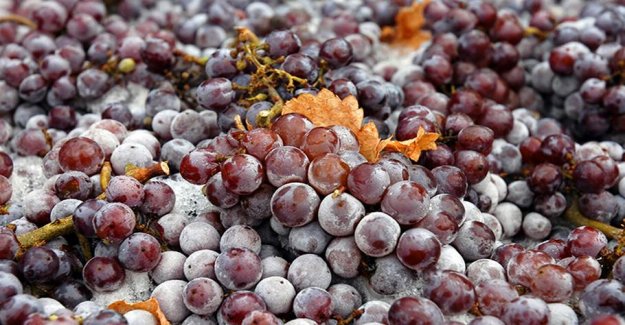 the Article is made in collaboration with DinVinGuide - read more here.

There will be no German eiswein produced in 2019-the year, as temperatures across Germany's wine-producing regions, have been too warm this winter. In none of the country's 13 wine-growing regions, reaching the figure -7C, there is necessary for the production of the famous dessert wine, which is made from grapes that are frozen while still on the vine.

this is The first time in history, that there is produced eiswein in Germany, and the failure of the harvest in 2019 follows a series of bad years for the sweet wine. Only seven manufacturers will be able to harvest eiswein nationwide in 2017, while also winter 2014/15 was so mild that eiswein was a rarity'.

the Future looking not too bright. For if the warm winters continue in the coming years, will eiswein German wine regions soon become a rarity.

another problem for eisweinproduktion is that in recent years are the times of year when temperatures fall below -7 C moved more and more into January and February, while the grapes have had a tendency to mature earlier. It is therefore harder to keep the grapes healthy on the vine, while waiting for the hard frost.

A further challenge is that the yield is low, which reduces the drueavlernes willingness to leave the grapes hanging to the eisweinproduktion. You are operating with a harvest of only 500 litres per hectare in average.

A recent survey showed that more than half of the world's vineyards could be unprofitable, if the earth's average temperature rising by two degrees Celsius.