If all the matches in the best Italian superliga, Serie A, should be carried out, should EM be deferred. so says the president of The Italian Football federat 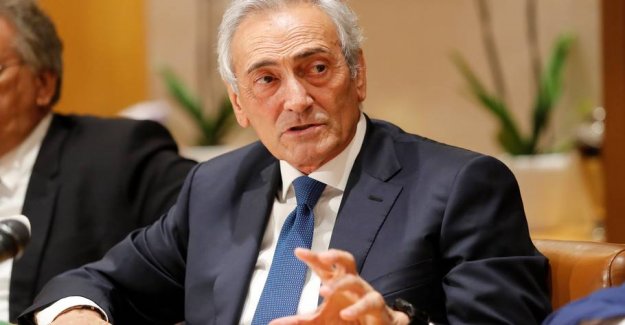 If all the matches in the best Italian superliga, Serie A, should be carried out, should EM be deferred.

so says the president of The Italian Football federation, Gabriele Gravina.

- We will propose the UEFA (union of European Football associations, ed.) to postpone the european championships, he says, according to Reuters the tv station SportMediaset.

- We would like to implement the championship (Series A, ed.), because it is the most fair and true after the many investment clubs have made.

Gabriele Gravinas hope is that Serie A can be carried out within 30. June, but will not exclude to extend the season by a month.

Serie A is like so many other football leagues paused due to the outbreak of the coronavirus. The same is, among other things, the Champions League and the Europa League.

on Tuesday, there is crisis meeting in the UEFA. Here, representatives from clubs, leagues and national associations meet via video links.

On the agenda is among the summer's european championship, to be held in 12 different countries - including Denmark and Italy. It is set to go in time 12. June.


Sports and Games On the job with Camilla Martin: One episode surprised