Is this the future? Now can the gearbox even read the road

in Order to eliminate unnecessary gear changes and make driving even more fluid, will Hyundai and Kia do automatic gearboxes so wise, that they through the car 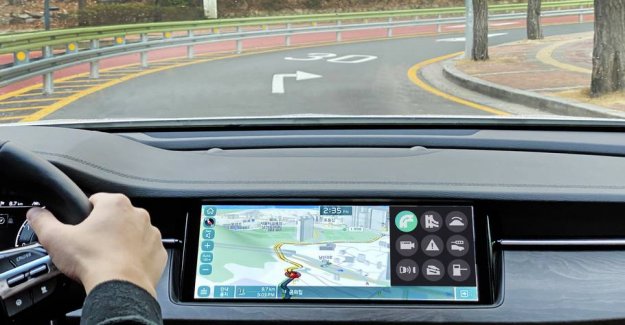 in Order to eliminate unnecessary gear changes and make driving even more fluid, will Hyundai and Kia do automatic gearboxes so wise, that they through the car gps system and internet connection can read the road's course, so the cars shifts gears most optimally in relation to driving.

It will say, then, that the cars themselves can read the section, you need to run on, and then figure out when it makes the most sense to go up or down in gear to make driving the most liquid and most fuel-efficient.

This was stated by Hyundai in a press release.

The two car makers call it 'the world's first predictive information and communication technologies', as the companies call for Connected the Shift System.

See also: Now you can get the trailer hitch on your Aston Martin

the System makes it possible for cars to automatically switch to the most optimal gear to identify the road and traffic conditions ahead.

Hyundai and Kia are planning to use the technology in future cars, informs the press release.

Hyundai and Kia seems to have big hopes for the system, for they have applied for 40 patents in south Korea and abroad in connection with the development.

Usually depends on the shifts in a car with automatic transmission of the number of revolutions that the engine spins, but in this new system software in the car to collect and interpret data from, among others, 3D-navigation, cameras and radar to select the optimum gear, depending on how the road's course and the traffic is ahead.

As Hyundai and Kia tested a vehicle with an ICT Connected Shift system on the road with many bends, was the frequency of gear shifting in turns reduced by approximately 43 percent compared with vehicles without the system.

in Addition, reduced the system is also the use of the brake with about 11 percent.

According to Hyundai and Kia, the system can also improve vehicle fuel economy.