Getting close to nature: Stay in a nesting box

A nesting box for people might sound a tad claustrophobic. But a Norwegian company has invented the human nesting box, and it works in fact quite the opposite 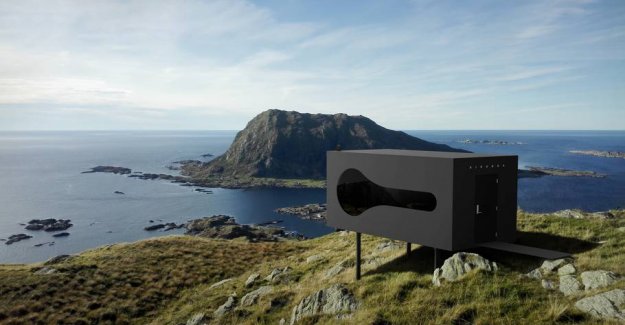 A nesting box for people might sound a tad claustrophobic.

But a Norwegian company has invented the human nesting box, and it works in fact quite the opposite.

With the large round windows facing the mountains and the fjords in Norway, it seems the view is almost infinite.

the Boxes is called Birdboxes, and it is the company Livit, who have designed them. So far there are set up respectively in the island of Langeland and Fauske in Norway. But the designer behind, Torstein Aa, hope to be able to put more up over Norway and says to Ekstra Bladet, that the process has already started.

the Boxes can be moved with the helicopter and can therefore be placed at the remotest of locations. Photo: Livit

He got the idea for birdboxes, because he wanted to bring people closer to nature without leaving so many damaging tracks.

- We would like to create a product that could provide unique experiences with a minimal foot pressure in the nature, in a way, a minimalist escape. We asked ourselves, how can we create something that takes you as close to nature as possible while you still have the comfort from home, says Torstein Aa, designer at Livit.

With the big round windows have a good view. Photo: Livit

the Boxes are made such that they can be flown up on a hillside with a helicopter and put down, so they do not leave some foot pressure in nature.

the Birdboxes are being produced in different sizes. Most have space for a bed and a few chairs. Some of them also have a small kitchen. An overnight stay in the current two birdhouses costing 1369 crowns. If you want to have a nesting box for private use, it is also possible to buy one.

View from a birdbox. Photo: Livit