the Former secretary-general of the united nations Javier Pérez de Cuéllar's Wednesday death at the age of 100 years. The former UN chief died in his home co 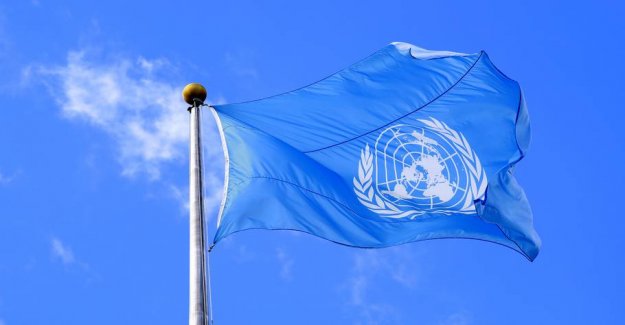 the Former secretary-general of the united nations Javier Pérez de Cuéllar's Wednesday death at the age of 100 years.

- My father died after a difficult week. He died at 20.09 (02.09 Thursday local time, red.) and now rests in peace, saying his son to the peruvian radio station RPP, according to AFP.

Pérez de Cuéllar was from 1982 to 1991, the UN secretary general and could from the first row following the end of the cold war.

He was also a transition of Peru's prime minister from november 2000 to July 2001.

His name arouses probably not resonated with so many today, which perhaps can be attributed to his low-key and diplomatic style.

nevertheless, he was once one of the world's most influential people.

As the UN secretary-general in the years he was the leader of the world in a time that was marked by the fight against famine in several african countries, the Iran-Iraq war and the civil war in El Salvador.

He got a reputation for being adept at reconciling warring parties.

Pérez de Cuéllar was also the president of the UN security council in 1973-1974 and was the UN permanent representative in Cyprus from 1975 to 1977.

He was the UN's fifth secretary general, and replaced the austrian Kurt Waldheim. Cuéllar was followed by the egyptian Boutros Boutros-Ghali.

Pérez de Cuéllar was out of a middelklassefamilie in Lima and was educated at catholic schools.

He went as a very young girl into the eeas and got alongside a law degree.

He stayed most of his life outside Peru as a diplomat in great Britain, Bolivia, Poland, the former Soviet union, Switzerland, and Venezuela - and, of course, in New York at UN headquarters.