While the EUROPEAN Commission now deals with cases of state aid on a daily basis as a result of coronakrisen, the case for state support for the fixed link acro 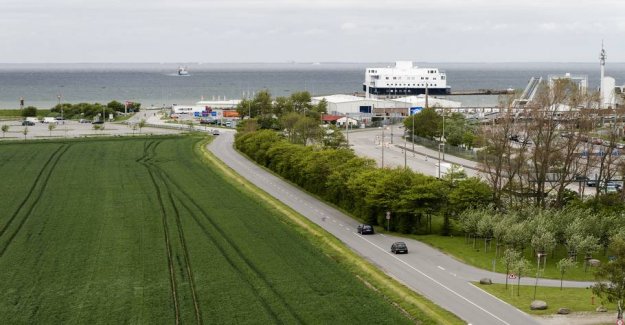 While the EUROPEAN Commission now deals with cases of state aid on a daily basis as a result of coronakrisen, the case for state support for the fixed link across the Fehmarn Belt been going on for years.

on Friday, says the EU competition commissioner, Margrethe Vestager, to the public financing of the connection is in accordance with EU competition rules. The same she did five years ago.

But this time the conclusion on the basis of a more in-depth study: the Connection is approved, then 'the project's positive effects clearly outweigh the potential distortions of competition'.

After a thorough investigation, we have concluded that the Danish measures for the support of this project of common european interest, is in accordance with EU state aid rules, said Vestager.

the Fehmarn-link is both a rail and a road link. The linking between Rødby and Puttgarden via a tunnel 19 kilometres.

Vestager approved funding for the first time in July 2015.

But two ferry operators - Scandlines and Stena Line complained at the time of the decision. In 2018 sentenced by the EUROPEAN Court of justice in Luxembourg that the decision of the EU Commission should be annulled.

It was necessary with a more thorough investigation of the funding. The experts have Vestagers office is now completed.

The second EU study, which was initiated in the summer of 2019, to reach, to capital injections, state guarantees and state loans is an individual aid, which is to be regarded as investment aid.

Essential is it that the connection is of common european interest, as it is an important connection between Central europe and the nordic countries.

the shipping Companies Scandlines and Stena Line a proclamation in February 2019, the ministry of Finance in Denmark to get the stopped state loans and guarantees for Fehmarn A/S, which is the company behind the fixed link.

We have also complained to forbundsforvaltningsdomstolen in Germany with more objections.

Denmark and Germany have concluded an agreement on the connection. It implies that Denmark is the sole owner. Denmark carries the full risk for the financing of the tunnel and for the Danish road and rail development.