Last year, Copenhagen's largest hotel chain Arp-Hansen Hotel Group, Falck-the House on the Bernstorffsgade, and today they have revealed what they will use the 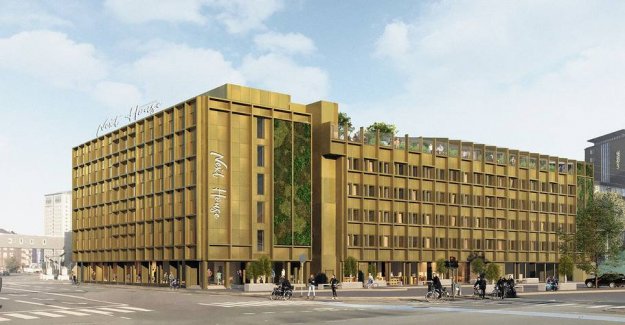 Last year, Copenhagen's largest hotel chain Arp-Hansen Hotel Group, Falck-the House on the Bernstorffsgade, and today they have revealed what they will use the building for.

They will build a so-called luxury hostel, which will be the Next House Copenhagen. According to the Arp-Hansen Hotel Group, is the new hostel, the biggest of its kind in Europe.

- the Redevelopment is already in full swing, and in the summer of 2021, we expect to open the group's second hostel, Next House Copenhagen - and it is with the ambition to create even one of Copenhagen's most delicious luxury hostels with a raw atmosphere in the unique format, unique central location and with communal facilities second to none, writes the Arp-Hansen Hotel Group in a press release.

The former office property will be totally transformed and expanded with a new building at Mitchellsgade. It comes bundled to accommodate 433 rooms and a total of 1650 beds.

- The ambition is that the new hostel monumental to live up to the international building certification DGNB (certification provided by sustainable construction, ed.), like the project of course get solar cells and a strong green element with hanging gardens inside and out. Sustainability inside and out, is therefore an essential part of this new hostel life, writes the Arp-Hansen Hotel Group.

See also: Danish hotel on the list of the world's best

If you lack a bed for the night, so you can spend the night at the hostellet from all the way down to 125 dollars.

It will be enough of a bed in one of the on-site six-man rooms. However, there is also the opportunity to stay in four-person rooms or double rooms.

Hostellet will also feature a restaurant, bar, two rooftop terraces, a fitness and yoga room, a cinema, an indoor football pitch and a quiet area.