Did you notice the details behind the queen?

When queen Margrethe ii on Tuesday night appeared on tv from the Fredensborg Castle, there were two important details in the background, leading the thoughts to 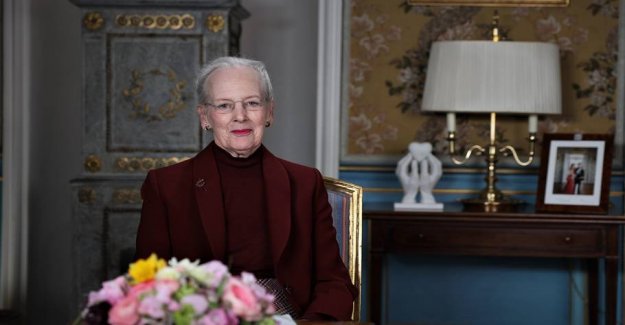 When queen Margrethe ii on Tuesday night appeared on tv from the Fredensborg Castle, there were two important details in the background, leading the thoughts to some of the other members of the royal family.

The clearest symbolic greeting was, of course, the photograph of kronsprinsparret in the frame on the table behind the minister.

A second and slightly more subtle detail was the white sculpture of two hands holding a heart. This sculpture is crafted of prince Henry.

the Original, created by prince Henry, is a 3.5 metre high bronze sculpture that is bought by Harboes bryggeri, if the president - Bernd Griese - was a close friend of prince Henry. Photo: Tariq Mikkel Khan

Thus were both the Henrik, Frederik and Mary in the picture, when the minister made his historic speech to the nation.

Prince Joachim, who just now find themselves with the family in Paris, was however absent, which more tv viewers subsequently noticed and wondered about.

crown Prince Frederik chose to interrupt the family's 12-week college course in Verbier in Switzerland to return home to Denmark during the crisis, while Joachim has chosen to remain in Paris with his family.