Despite the rate cut: the stock Exchanges in the UNITED states closes with the new nosedive

The u.s. stock prices continued Monday to plummet with the decline of over 12 percent all the three benchmark stock indexes. Dow Jones index closes with the d 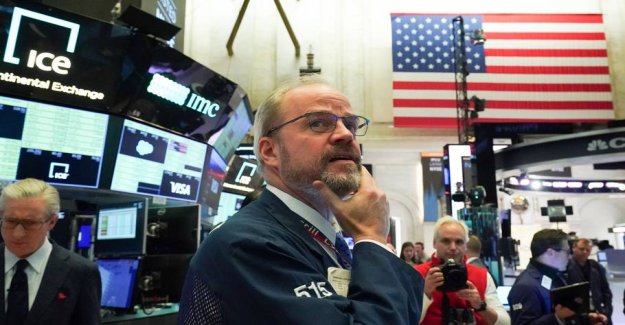 The u.s. stock prices continued Monday to plummet with the decline of over 12 percent all the three benchmark stock indexes.

Dow Jones index closes with the decline of 12.9 percent, or just under 3000 points. It is the largest decrease ever measured in the number of points.

the Nasdaq index, which is a higher degree of technologically-based companies, closed with a decline of 12.3 percent. Thus, it was the worst day, since it was created in 1971.

The more broad S&P 500 index, which has a wider range of companies than the other two, closed with a decline of 12 percent.

the Decline in the S&P 500 index triggered from the start of the stock exchange in New York panikbremser, which will enter into force automatically if the index falls too much in a day.

From its start, the index fell, and as it rounded a decline of seven percent, the deal is automatically suspended for 15 minutes. Next panikbremse would have entered into force by 13 percent, and it was right at the and almost.

Shortly before the markets closed came the president of the UNITED states, Donald Trump, with a recommendation not to gather more than ten persons at a time. He was also asked whether the UNITED states is heading towards a recession, and said it 'very well may be.'

The big drop on Monday more than offset the increases Friday, where the three indices rose by over nine percent.

It happens, even though the UNITED states's central bank on Sunday intervened with a rate cut - the second within a short time.

a week ago saw the UNITED states also a black Monday. Here plummeted shares about ten percent of the coronavirusset and the consequences of the crisis for the economy.

The big fall is coming, however, after several years of increases. For example, the Dow Jones index is still higher than when Donald Trump was inserted as president in January 2017.