Denmark to the large OL-meeting: the Hills are still up

despite the global health crisis caused by coronaviruses has led to go after to hold the OLYMPICS in Tokyo for the summer. The message shared by The Internati 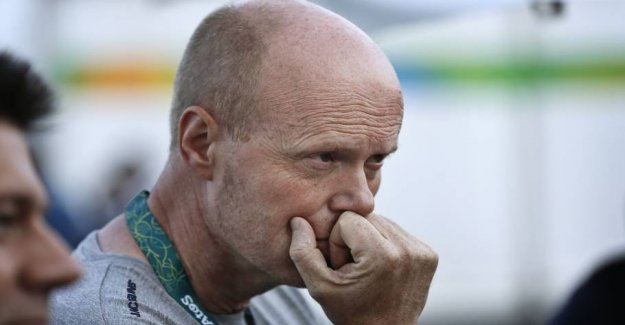 despite the global health crisis caused by coronaviruses has led to go after to hold the OLYMPICS in Tokyo for the summer.

The message shared by The International Olympic Committee (IOC) Wednesday in a videoconferencing with 50 european countries, including Denmark.

And so far it makes sense, think Denmark Idrætsforbunds director, Morten Mølholm, who participated in the meeting.

- the IOC has briefed us about, that you continue to hold in the holding of the OLYMPICS. It recognises that there is ongoing uncertainty about it, but they have been advised by experts that it is still too early to make another decision.

We were briefed along with the european countries, and backed up on the position. We also did this from the side. But at the same time there were indications from many countries, including us, that we have difficult conditions at the moment, he says.

Several sites are there travel restrictions in France, Spain and Italy, there is outright curfews, and in Denmark, the government has banned training in indoor facilities.

- the Athletes have difficulty in participating in the get kvalifikationsstævner, to be held, because they can't get out of the country. And we have the whole find it difficult to work out. It is a situation that is applicable for most european countries, he says.

But the IOC keeps the so far fixed, which also was the message on Tuesday, and has not set a deadline for when to be taken a final decision.

Morten Mølholm recognises, however, that the uncertainty about the holding remains high.

- We shall find ourselves in an extreme uncertainty about the relationship. We hope and believe that the OLYMPICS are being held, but I would appear as 'comical Ali', if I didn't say that, of course, we are uncertain of the situation and the circumstances and conditions for our athletes.