Danish prayer: Do the OLYMPICS!

the President of the Danish sports confederation (DIF), Niels Nygaard, calls on The International Olympic Committee (IOC) to postpone the OLYMPICS due to corona 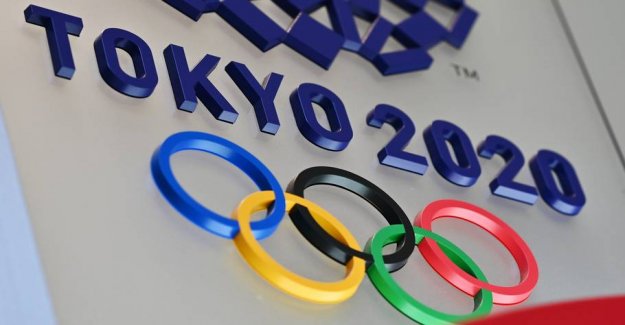 the President of the Danish sports confederation (DIF), Niels Nygaard, calls on The International Olympic Committee (IOC) to postpone the OLYMPICS due to coronakrisen both for the athletes and the world's population.

See also: IOC postpones the decision on the OLYMPICS

on Sunday evening issued the DIF together with the Team of Denmark in a press release in which they welcome the IOC's announcement that the next four weeks will consider whether the OLYMPICS should be exposed.

And the DIF-chairman Niels Nygaard is not in doubt as to what the decision should be.

- It is our assessment that it will not be ceded to wind up the OLYMPICS with the start 24. July, he says.

- Secondly, there is quite a big risk that coronasituationen worldwide is quite unmanageable, and on the other, will we have a situation, where the athletes will have had different forberedelsesmuligheder up to the OLYMPICS.

Therefore, he will, together with the DIF urge the IOC to postpone the olympic games in Tokyo.

- We are going to go to the IOC and backing up, to now looking very seriously at the possibilities of getting deferred the OLYMPICS, and we believe there are a number of different reasons that it should end with an eviction, he says.

See also: Pressure grows: - Not like to move a football game