Mette Frederiksen is handing out stimulus packages, but at the same time, a new law has just been adopted in the Parliament, no longer make it possible for comp 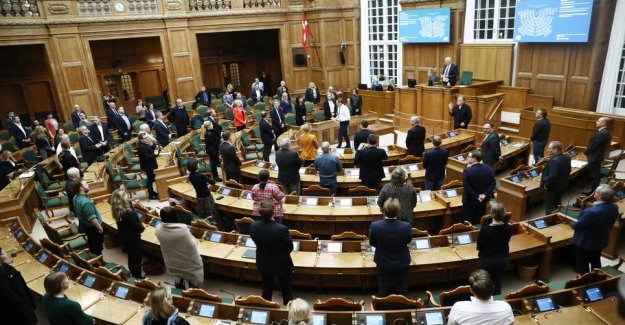 Mette Frederiksen is handing out stimulus packages, but at the same time, a new law has just been adopted in the Parliament, no longer make it possible for companies to seek compensation from the state, when they are affected by government actions, such as shut Denmark down during an epidemic.

– the Difference between the old and the new law is that before it was possible to get compensation almost automatically, if you incurred a loss. Now it will be difficult – indeed almost impossible – to get it, says the Frederik Waage, professor of constitutional law at the University of Southern denmark.

One of the reasons for the new and changing epidemic-the law is that the old could have incalculable consequences, believes professor at the University of Southern denmark Bent Ole Gram Mortensen:

– Close to the country down with regard to the epidemiloven (the old,red.), can quickly get significant compensation claims, which can be instrumental, there no longer are resources for educators and other purposes, as the government want to respond to.

According to Frederik Waage was the old law meant for a local epidemic, where the subsequent claim for damages would be limited, if the state had simply imposed restrictions in a single municipality.

– This change must be seen in light of the fact that the old law was intended for, if Aalborg closed down and not the whole of Denmark on a walk.

The new law was enacted late on Thursday evening and will come into force tomorrow.

– I can not speculate on how the situation looks like on Tuesday. But it is true that it will no longer be possible to seek compensation if Mette Frederiksen closes all businesses in Denmark, says Frederik Waage.