Several European countries have chosen to impose an actual curfew for the citizens in order to reduce the spread of the coronavirus. So far authorities in Den 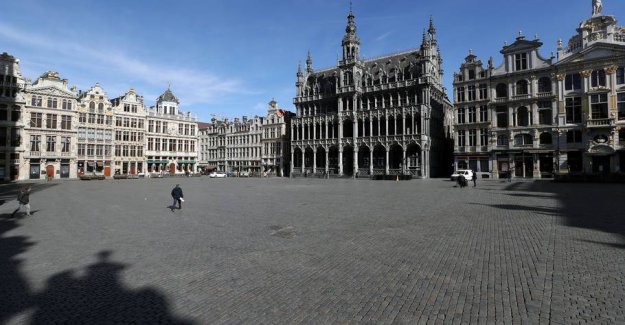 Several European countries have chosen to impose an actual curfew for the citizens in order to reduce the spread of the coronavirus.

So far authorities in Denmark have not gone, although there are taken a significant step in the fight against the infectious virus at home.

this week is a hastelov entered into force, which gives the health minister Magnus Heunicke (S) a number of far-reaching powers. But the power is not enough to impose a curfew, should the minister find it necessary.

It assesses professor of law at the University of Copenhagen, denmark Kristian Cedervall Lauta, dealing with katastroferet.

- It is difficult to see that the changes you have made, should give the option for it.

- There is still the possibility that you can close a specific area and to impose restrictions within it. But to extend it to the whole country would be controversial, he says.

As Kristian Cedervall Lauta is on, there may be a small loophole in the law that potentially can be used to introduce the curfew. But it is extremely unlikely.

- If you look creatively at it, should one interpret the whole of Denmark as a single area, which the law refers. The law provides an opportunity to isolate an area and cutting off access to and from the area.

- But I will say that you were going to be more than usually creative, says Kristian Cedervall Lauta.

Thus requiring a curfew - it should get there - to the minister to get a legal basis for it in the Parliament.

Italy, France and Belgium are among the countries in Europe that have adopted curfews.

so far The measures taken in Denmark, is already historic. It tells Jens Elo Rytter, professor of administrative law at University of Copenhagen, denmark.

He estimates that a possible curfew in Denmark will be on the edge with human rights.

- It will be a very, very violent step further in limiting the danes ' personal freedom, if you de facto frihedsberøver the entire Danish population in order to limit the here diseases.

- That one should be able to demonstrate that it is necessary and proportionate to take such a radical step. Otherwise it will be in violation of human rights, " says Jens Elo Rytter.

so Far, the authorities have among other things, closed schools and day care. In addition, assemblies of ten persons has been prohibited.