Cruel fate for the Danish star: - It has fallen to the ground

the Swimmer Jeanette Ottesen has been hit by problems in the pursuit of coming to the summer OLYMPICS in Tokyo. two years ago, she set out to finish his caree 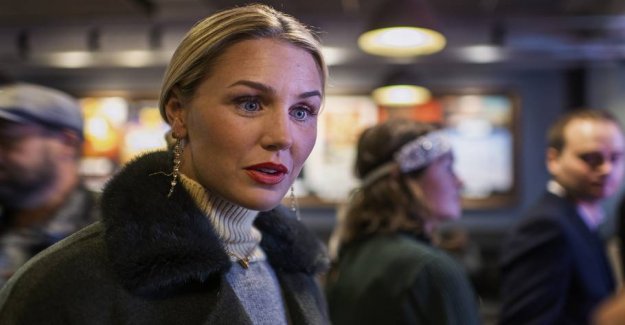 the Swimmer Jeanette Ottesen has been hit by problems in the pursuit of coming to the summer OLYMPICS in Tokyo.

two years ago, she set out to finish his career in the olympic basin, after she had become a mother to a girl.

Blake still has to qualify.

the Road to Tokyo is the last few days been further complicated by the fact that Denmark and several other countries have been affected by the coronavirus.

- All swimming pools are closed, so it will say that I can't work out, and, in addition to our olympic qualification cancelled.

- So, the project I have had time in the last two years, has fallen to the ground, says Jeanette Ottesen to DR Sporten.

The 32-year-old swimmer explains that she runs and strength coach, but that it is crucial for her to get in the water.

Earlier in the week announced Dansk Svømmeunion, to the Danish Open has been cancelled. It came to pass, after the government had intensified its efforts against the spread of coronaviruses

the Danish Open was an opportunity for the Danish swimmers to qualify for the OLYMPICS.The competition should have been held from 28. march to 1. april in Austin.

a Little positive there have, however, been for Jeanette Ottesen in march. Earlier this month, it was clear that she was the chief motive of the photo, which was chosen as the year sportsbillede in 2019. Read her own response to the story here!

Jeanette Ottesen was a part of the subject at this year sportsbillede 2019. Photo: Stine Bidstrup/Morgenavisen Jyllands-Posten/Ritzau Scanpix)