The Danish ishockeylandshold for women have still not debut at A WORLD cup in Canada at the end of march. the Tournament has been canceled as a consequence of 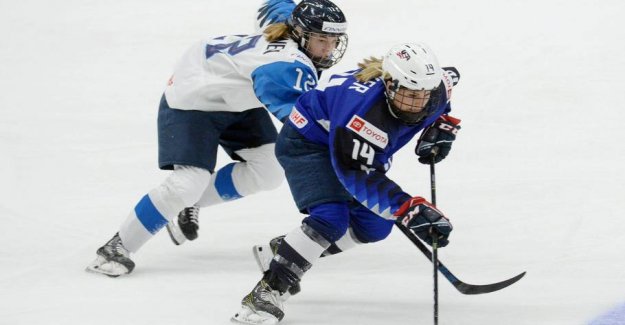 The Danish ishockeylandshold for women have still not debut at A WORLD cup in Canada at the end of march.

the Tournament has been canceled as a consequence of the spread of the coronavirus. It enlightens the International ice hockey league (IIHF) on its website.

the Decision to cancel the tournament was taken at a conference call on Saturday, says IIHF president René Fasel.

- It is with great regret that we make this. It was not an easy decision to take, we were very much looking forward to the tournament in Canada, " says René Fasel.

the Organizers are concerned for the players and fan's health, after coronavirusset has spread from China to most of the world.

A large number of sporting events have been cancelled in recent weeks, while the other must be held without spectators.

It was the canadian cities of Halifax and Truro, which should have been the host of the WORLD cup tournament, which was scheduled to begin 31. march and run until 10. april.

instead, it is now supposed that the two cities will host next year's WORLD cup.

Denmark played last year up in the A group for the first time. The team should have played its first match in the finest of company 1. april against Hungary.

this is The second time in history that a WORLD cup for women will be cancelled. It also happened in 2003, when the tournament should have been held in China, but was canceled because of the SARS outbreak.

world federation at the end has already cancelled six WORLD cup tournaments at a lower level, that should have been settled in this spring.

On the men's A-the WORLD cup is taking place, remains uncertain. The tournament will be played in Switzerland from the 8. may, but currently the swiss however suspended in order to limit the risk of spreading.

the IHF plan to wait until mid april to make a decision.