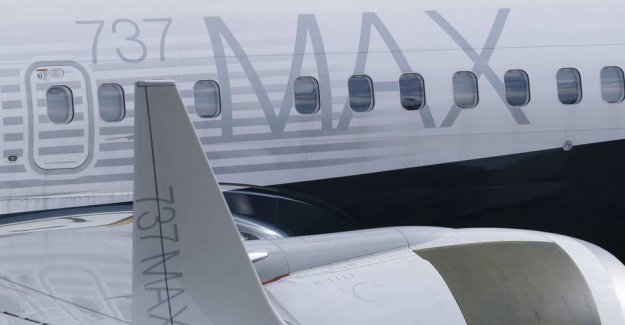 the Management of the aircraft manufacturer Boeing has in high degree responsible for that 346 people lost their lives in two plane crashes with the much-criticised type of aircraft 737 Max.

It is the preliminary conclusion of a damning report - which lies at the bottom of this article - which politicians in the u.s. congress has just published.

many passengers and crew members dead 29. October 2018 by a crash in Indonesia and 13. march 2019 in Ethiopia, after which the aircraft got a global ban.

See also: Ryanair will not force people to fly with Boeing 737 MAX.


In kulegravningen you can read how the quest for profit and a much-needed victory over the european competitor Airbus went to the front of any decent kind of way of doing business.

Because the management was so focused on getting the 737 Max to the market, was the speed of production, therefore, put in the weather, like important information regarding a new technology to keep the plane stable in the air were kept secret.

Tor Stumo, Zipporah Kuria Waithaka and Nadia Milleron lost family members in the crash in Ethiopia 13. march 2019. They have since been fighting for justice, so Boeing can be punished for his responsibility in the deaths of many. Photo: Johannes Eisele/Ritzau Scanpix


this particular system and the lack of training of pilots in how to handle it, is believed today to be the direct cause of the two plane crashes.

to make matter even worse, the u.s. aviation authorities for years have literally been in the pocket of Boeing, which has been allowed to approve the vital parts of the aircraft production, which, however, was the authorities ' responsibility.

David Calhoun is in charge of Boeing and has apparently no shame in life. Instead of taking responsibility himself, pushing in a fresh interview with the New York Times the responsibility on to the former boss. Photo: Brendan McDermid/Ritzau Scanpix

See also: Boeing's nightmare: - It has not happened in 30 years


In an unusual interview with the New York Times pushes the current head of Boeing, David Calhoun, however, the responsibility passed on to his predecessor Dennis A. Muilenburg.

He was fired in december 2019, after which David Calhoun - who was president of the company's board of directors, took over the daily management responsibilities.

I have never able to assess what motivated Dennis, says David Calhoun to the newspaper.

- Whether it was the share price, there should just be up and up. Or it was about to beat the other.

- But if someone ran after the rainbow with gold, it must have been him, saith it is today shamelessly from the man, who was himself the chairman of the board and member of the board, while everything went wrong.

See also: Mail from the Boeing employee: 'Not forgiven by God for what I covered over'


There is now waiting Boeing millions in fines, just as there are brought large damages against the company from the survivors in the two plane crashes.

The greatest punishment to which Boeing has already received, is, however, that no longer have reason to have confidence that the company actually had security as its main value, as the 737 Max was sent into the air.

You can read the entire report, including: