Cirkusrevyen fear cancellations: - It can get really expensive 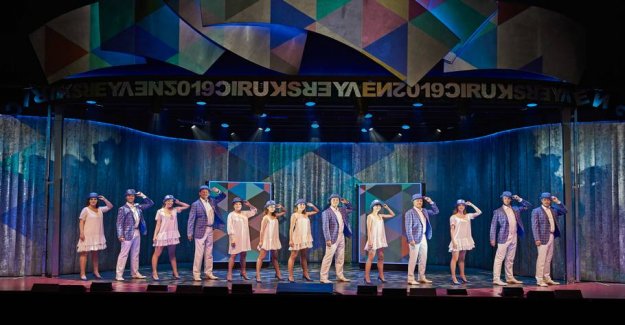 on Wednesday evening went to the prime minister Mette Frederiksen at the podium in the prime minister's office and closed more or less Denmark down as a consequence of the extensive spread of the coronavirus at home.

This means, among other things, that the assemblies of over 100 people will be banned, and that schools and day-care centres close in a minimum of two weeks.

The announcement has sparked in the mind of the owner of the Cirkusrevyen, who fear that it will have major implications for this year's revue.

9. may there is a preview on the Cirkusrevyen on the Hill, where there will be room for 1300 spectators. Five days later it goes loose with the premiere - also here it is expected a full house.

According to Torben 'Clogs' Pedersen, who among other things owns Cirkusrevyen, is therefore in full swing to find alternative solutions prior to Cirkusrevyen.

- We have samples now here in the next weeks, and we have agreed that all the actors are working from home during the tests. We will instead communicate with each other over FaceTime and Skype and the like. So it will run virtually. The actors are of good courage and take it head on, he says to Ekstra Bladet, and continues:

- It is a necessity, and so we do, of course. It is a difficult situation for us, but we, of course, the prime minister's statement very, very seriously. But it can get more big consequences for us.

Torben 'Clogs' are taking the situation with the ro, although it can have a huge impact for his business. Photo: Mogens Flindt

According to Torben 'Clogs' Pedersen will they at Cirkusrevyen run into several challenges, if the situation is not normalized, when the premiere is approaching.

- There, we run the into huge problems. That we do not know yet what is going to happen. We have in total sold 105.000 tickets, which is pretty much, and it may come to mean that we have to move or cancel the performances.

Here is the team of the year Cirkusrevy, who will be the last for 79-year-old Ulf Pilgaard. Photo: Henning Hjorth

- If you go and have to cancel or move performances, what impact will it so to have the economic?

- So it can be really, really expensive, he says, and continues:

- But we must think of the whole picture and do the things we can, for the common good. We must have come out the other side. It is not fun when it is on, but we need to listen and then take the consequences that come.

See also: Lisbet Dahl: - I did not bother to keep me in shape

- do you Have an idea on how much it will cost you, if ye may go and make drastic changes?

- I can not say exactly, because it very much depends on the situation, but we have plans for how this should be handled. But it is not something I will go into details now, for I will not create undue panic, when we do not know, what situation we are in, in a few weeks. So we must take it quietly and wait.

in Addition to the Cirkusrevyen owner Torben 'Clogs' Pedersen also Korsbæk on the Hill as well as a variety of rides and restaurants. Also they may be affected by the udbredningen of the coronavirus, and they are debating right now the possibility to open later than 3. april, when the Tray is open.

Also Korsbæk on the Hill liable to be hit. Photo: Linda Johansen