China is sending two million hospitalsmasker and 50,000 test kits to the EU

There is help on the way to the european UNION in the fight against coronapandemien. China has promised to send two million hospitalsmasker, of 50,000 test kits 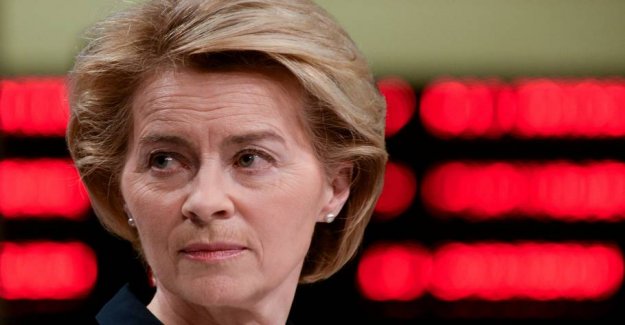 There is help on the way to the european UNION in the fight against coronapandemien. China has promised to send two million hospitalsmasker, of 50,000 test kits and 200,000 N95 face masks.

It tells the president of the EUROPEAN Commission, Ursula von der Leyen, in a video message on Wednesday evening after a conversation with China's prime minister, Li Keqiang.

- We have agreed that the fight against the coronavirus is a global fight, and we need to support each other, when there is a need for it.

- today we (the EU, red.) the centre for coronaviruspandemien, and we have even use of protective equipment. We raise our production and create new production lines, but it takes several weeks. In the meantime, we are thankful for the support from China, she says.

China is ready to send the promised equipment to the EU with the same, when the practical things are in place, says von der Leyen.

Europe is the world health organisation, WHO, declared as the new epicentrum for coronapandemien.

Coronaudbruddet began in the Hubei province in China in december. It has since spread to the rest of the world.

In January donated the EU around 50 tonnes of protective equipment to China, when the country was hit hard by the virus and needed help.

- China has not forgotten that the UNION helped in January, when China was the centre of the outbreak. We donated quickly 50 tonnes of protective gear, says von der Leyen.

According to a statement from the Johns Hopkins University is over 218.000 registered as infected worldwide.

Many countries don't test everyone with symptoms of the virus, and therefore the real number of the infected will be much higher.

Over the 8800 is reported died worldwide as a result of the disease Covid-19, which is the disease, the coronavirus can cause.

the Region of Lombardy in northern Italy is the place in Europe which is most affected by infection with the coronavirus. Here approaching the death toll up to 2000.

While China has registered the most number of dead, Italy has almost as many with 2978 registered deaths.