See also: Media: Superliga-club may lose license FC Midtjylland in Denmark, known for their excellent academy, and the next generation of teenagers may appear 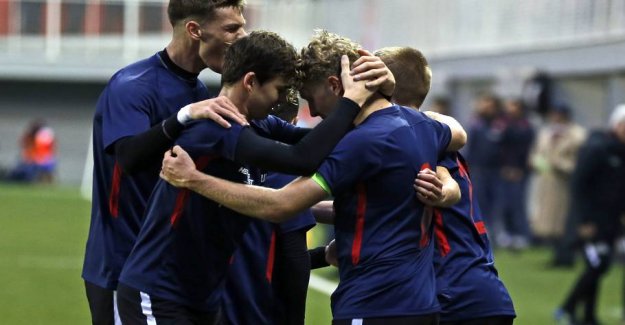 FC Midtjylland in Denmark, known for their excellent academy, and the next generation of teenagers may appear also high-class on the top level.

Out against the Serbian Red Star was it a victory of 3-0, and in the quarter-finals awaits the Dutch Ajax, who beat Atletico Madrid in the penalty shootout.

Nicolas Madsen scored on a penalty kick just before the break, while Oliver Sørensen struck twice in the second half.

Benfica is ready for the quarter-finals after 4-1 against Liverpool, while Dinamo Zagreb have beaten Bayern Munich out on penalties. Finally, Salzburg-beaten Derby, while Juventus and Real Madrid in the first meet next week.

the Last smoke FC Midtjylland out in just the quarter finals, then losing to the eventual winners Porto. This year's quarter-final against Ajax played at the MCH Arena in Herning 17. or 18. march