Famagusta 15°
overcast clouds
BUSINESS EDUCATION ENTERTAINMENT HEALTH POLITICS SCIENCE SPORTS TECHNOLOGY
10:22 Four Benefits of Hiring a Dedicated Development Team
04:48 Mark Kelly, President of Safety Marking Inc., Discusses Structuring Effective...
17:58 Trump wants to play golf at the Biden swearing-in in Scotland - but is...
17:54 First doubts Regarding tightened Steps: two National Countries Extract...
10:39 Covid-19 : in France, the end of containment and entry into force of the...
04:34 The schools of Rome will use the Internet with light bulbs: what it is...
10:58 Kratom Tea: How Is It?
11:46 Office Furniture Products for you!
12:17 Top Clubs, Their Value, Revenue And Current Standings
11:14 Reasons Why Rewarding Yourself is a Good Practice
BIST
1472
GOLD
436.596
USD
7.3737
GPB
10.0685
EUR
8.9232
Breaking News
Navigating a Hearing Disorder Diagnosis
Close

the Wine-making process in Austria is an old, proud tradition, and today is the production of wine is an important part of Austria's agricultural production. I 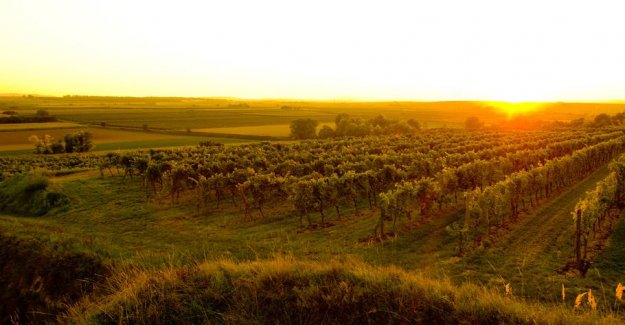 the Wine-making process in Austria is an old, proud tradition, and today is the production of wine is an important part of Austria's agricultural production. It is mainly smaller wineries with vineyards of less than five hectares, which dominates. It means simultaneously that the production is small, and while there are many producers and wines, it is not very often that we encounter on austrian wine in Denmark. This is mainly due to the production in many places is too small for the Danish supermarkets, and since over 80% of all the wine we buy, precisely through these, so it goes out over the austrian wine. And the market share in Denmark is also infinitesimal; but it is a pity, for there are many exciting wines and, not least, the many differences in the wines.

Austria's wine regions is located in the eastern part of the country, where the alps ends. There is a big difference in the seasons and temperatures, which especially favors the cooler wines. Austria is, therefore, most known for its fruity and aromatic white wines, but made also some exciting red wines especially the pinot noir, as in Austria goes under the name blauburgunder, as well as in the local grapes zweigelt and blaufränkisch.

On a good two-thirds of the total vines cultivated white grape varieties. The most recognized is without a doubt the grüner veltliner, which, with its freshness and peberkrydrede aroma is a distinguished representative of the austrian wine. In addition, it will be a number of exciting wines in the riesling, traminer and sauvignon blanc; and in Vienna on a blend of different grapes which are mixed in the vineyard and then co-fermented. Only in Portugal you see this legalized.

The big scandal for 34 years, where some winemakers came diethylglykol in the wines to give them more body and sweetness, the country has long since put behind itself, but the result of the scandal in 1985, to Austria today has the world's toughest vinlovgivning and virtually no undergrowth of low quality, cheap wine. The average yield in Austria is 50 hectolitres per hectare, which is only half of that in Germany.

another consequence of the scandal was a new classification. It began in the early 1990s, when a group of wine producers from the Kamptal and Kremstal in lower Austria and began a survey and classification of the best fields that today are known as Erste Lagen, and which is very much inspired by the French grand cru system in Burgundy with three steps: Municipality (village), premier cru and grand cru.

You should wait 20 years before, in 2010, was ready with a classification of the 52 fields (at day 82) as Erste Lagen, which is equivalent to premier cru in Burgundy. The classification now covers the geographical regions of Kamptal, Kremstal, Wagram, Carnuntum, Vienna and Traisental but not the Wachau, which has its own system. One hopes, however, that the classification with the passage of time can be introduced in several places in Austria, among other things, for the red wines in the Burgenland. And several of them have also a hope that the Wachau in the near future will be a part of the classification, even though the pt. have their own. And on the small 8-10 years expect you to be able to upgrade a minor part (approx. 5%) of the fields to the Grosse Lagen (corresponding to grand cru). But already now one can, by repeated years of tastings, good sense, what these can be— and Heiligenstein and Lamm have to be sure bud.

Each year in august presents to all of the Erste Lage wines for the press at the palace Graffnegg near Wagram. An event, which in many ways is inspired by the great VDP tasting, which the germans held in Wiesbaden. Here it is possible to get a thorough impression of the latest vintage from the various districts and of the grapes riesling and grüner veltliner. In the years presented 198 wines. Here are my ratings:

A hot year can be distinguished clearly. There are plenty of frugtkoncentration, and it is not uncommon to find some tropical notes in the wines. The challenge was clearly to ensure the acid in relation to the field of massive fruit. And I think the vast majority have done quite nice. It is a nice vintage, where you can really taste the expression that grüner veltliner can give. Lots of apples, pears, white pepper and florals. You have had to choose between to harvest early to preserve acid but in turn not get as much concentration; or wait to get more body but when the acid is then compromised. I think the majority of the wines found the balance. And for the better wines is a nice potential, and I believe they can be extremely good for 5-7 years.

Immediately, there are not major differences in the areas of, albeit Kamptal and Kremstal are generally better developed and larger areas, where the quality is perhaps a thank you better. More wines from the smaller areas of Wagram and Traisental is quite beautiful and can be hot purchase in the 2018 class.

Overall do I assess the wines from Schloss Gobelsburg, Fred Loimer, Bründlmayer and Franz Proidl as the best. Right after followed Marcus Huber, Petra Unger, and Birgit Eichinger. But there is generally a large field just below the top, which makes it good.

A fabulous vintage where the warm years has clearly meant that bundniveauet was high and stable. The wines had generally a nice concentration and maturity. Only a few wines had problems with acid. So all in all a vintage year, I across manufacturers would not be concerned about buying and enjoy the next 3-5 years. The best wines were absolutely excellent with a nice potential. Maybe not quite as 2015 but quite close to, and in my opinion a better year than 2017.

the Kamptal is clearly the king of Riesling in Austria, while the Weingut Family Proidl from Kremstal did it well. Also the wines from Vienna surprised, and it is certainly an area you should keep an eye out— especially Rosengartel from Weingut Wieninger. In the Kamptal, I was particularly impressed by the wines from the field Heiligenstein from Bründlmayer and Schloss Gobelsburg. When there is about a 5-7 years to be decided, which fields must be converted to the Grosse Lage, may this field be self-penned. But also Peace Loimers Steinmassl must be mentioned as a seriously good wine. In the Kremstal is Franz Proidl the king, and his Ehrenfels quite nice. In the Wagram was Mordthal from Weingut Fritsch quite a nice wine.

For the first time was the wines from Carnuntum officially in the tasting as Erste Lage wines, and it was 2017, was presented. It was a hot year but the wines from Carnuntum itself has a certain coolness, so this felt not. That made the wines from blaufränkisch, zweigelt and blends. In my opinion, blaufränkisch wines are the most interesting, since the structure and the depth keeps better in these. You have a tendency to patches zweigelt with too much dish, which the grape is certainly not powers. The wines from 2017 was generally neat and elegant, but not quite up at the level of 2016 and 2015. The best wines were not surprising from Dorli Muhr but also Walter Glatzer and Gerhard Pelzmann was great.

Beautiful, intense nose. Classical in expression, with lots of riesling character. Lots of complex notes in the taste. Nice balance and length.

full-Bodied nose. Intense and concentrated with the oiled texture. Stone fruit, lime and results in the taste. Nice balance and length.

Intense in the aroma. Lots of strawberry, violets, licorice and a touch of vanilla. Nice balance and length. A nice, chilled wine in the term.

full-Bodied, spicy nose. Nice body, a well balanced wine. A slightly botrytispræg, as the garments of the wine. Lots to offer and with a great ending.

Nice, near the nose with red berries. Currants, strawberries, violets, licorice, black pepper in the taste. Nice balance and length.

the Magazine DinVinGuide is published 5 times a year with my. 100 pages of themes, lots of testing and exciting articles. Read more here