After massive criticism: I wondered also

There is gone nearly a year, since the fans in droves sat speechless back after the last episode of 'Game of Thrones' and thought: 'It just happened not, it 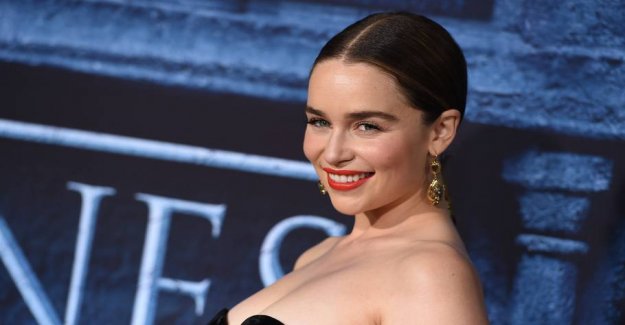 There is gone nearly a year, since the fans in droves sat speechless back after the last episode of 'Game of Thrones' and thought: 'It just happened not, it is here'.

Eight years after the first title hit the screen, got the world's most popular tv series criticism in order to climb to the last season, just as there were many question marks left behind. To mention a few:

- Where flew Drogon to go with Daenerys' equal

- Why slap Jon Snow so cheap, and the Nights Watch at all still

And now admits Emilia Clarke, who played the role of Daenerys Targaryen, also, that she was a bit disgruntled as she read, how it all should connect.

In an interview with The Times tells the actress that she took pity with its own character, and wondered tremendously over Jon Snow's end.

- Yes, I was annoyed that Jon Snow should not be accountable for anything. Well, he got really away with murder, she says.


the End of the series got criticism for being too contrived, and here the voices of she also.

- We could well have spun it out over a longer time, admits Emilia Clarke.

She describes herself as 'a small piece in a very, very, very big machine', which, however, is an understatement. She reveals that she got the top secret clearance to know in good time before filming, and when the last scene was in the box, she was struck by a strange feeling.

When the show ended, it was like getting out of a bunker. Everything felt really strange, " she says, and mentions that it might hang together with the response, people ended up with at the end.

- I know how I felt when I read it, and I tried on every hand, not to think of what others would say, but I was wondering all the time what the fans mon would think – we did it for them, and it was them that made us successful, " she says.

1.6 million people signed a declaration, which demanded a new ending on 'Game of Thrones', which was rejected by both HBO as the show's writer.