50 copies back: Now it's over and done with this car model

nine years ago, the traditional car brand Rolls-Royce a new model, which has proved extremely important for the brand, namely the Ghost. Ghost model placed bo 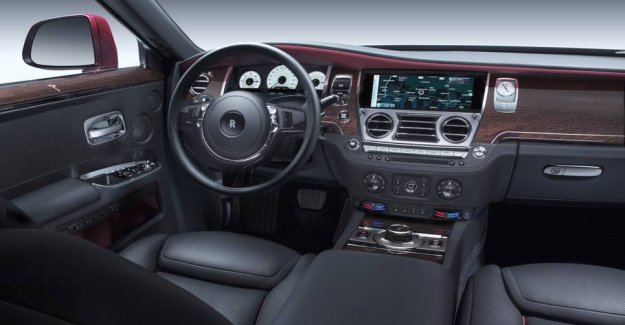 nine years ago, the traditional car brand Rolls-Royce a new model, which has proved extremely important for the brand, namely the Ghost.

Ghost model placed both the size and price point well below the big Phantom model.

in Addition, was the Ghost the only other model that Rolls-Royce sent on the market, after BMW bought the brand.

Rolls-Royce is one of the world's most exclusive brands, and it has the BMW ownership is not changed.

When the Ghost was introduced, many were skeptical of the model because it was built on the platform of the current BMW 7-series, as many feared, to Rolls-Roycen would remind too much about the German.

How it went not, for the Ghost proved to be extremely popular in the Rolls-Royce organisation.

Now is the time out for the important Ghost model, which has sold well from the very beginning. Next year will see a replacement on the market, but the british brand does not let the Ghost-the model go in the grave in silence.

Thus enlightens Rolls-Royce, that they will build the last 50 copies of a special edition called the Zenith Collector's Edition.

The 50 lucky customers can get the chance to tailor the car more or less as they would like it. Among other things, you can get a headliner with nothing less than 1340 leds, which get the ceiling to resemble a night sky.

50 cars is, everything that will be built by Rolls-Royce's Ghost model. Photo: PR

However, is there not freedom of choice in relation to the exterior, where customers can only choose between three different versions of a two-part varnishing, as you can see on the picture above.

The next 'mini'-the Rolls Royce comes on the market next year, and it is expected that the british will be quite conservative in relation to the visual changes on the next generation. The head assembly is, however, quite new, and the model will probably also be significantly lighter than the current model.