13.000 driving without compulsory insurance, despite the new daily charge

the Number of cars, motorcycles and other vehicles that do not have a compulsory liability insurance has decreased significantly since a new daily charge was in 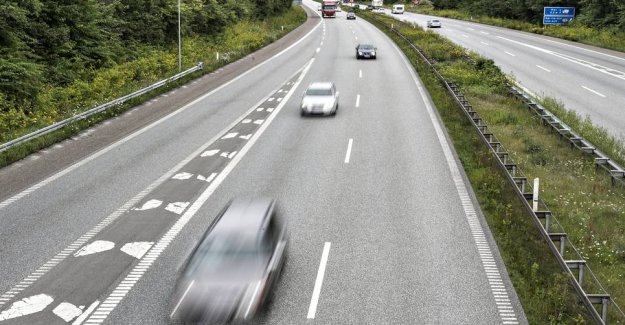 the Number of cars, motorcycles and other vehicles that do not have a compulsory liability insurance has decreased significantly since a new daily charge was introduced at the turn of the year in 2019.

It shows the figures from the Danish Association of International motor vehicle insurance, the DFIM.

Despite a drop of more than 70 percent, the level is still too high. It believes Maria Clausen, who is vice president of the trade association Insurance & Pension.

- We have seen a massive decline and is now down to 13,000. It is still too many, but the development is going the right way, she says.

With the new law, all users and owners of a registered vehicle be required to pay 250 dollars for each day that is not insurance.

It quickly got around 25,000 to take out insurance, since the scheme came into force.

Since the is curve is flattened somewhat and has in recent months remained at around 13,000.

- Since the scheme was new, and people began to get the collection, there was really something. What we see now is a smaller group that has greater challenges to get an insurance policy, says Maria Clausen.

She adds that the bill can run to several million dollars, for example, if one causes injury to a person in an uninsured vehicle.

It was at the request of the DFIM - Danish Association for International motor insurance and Insurance and Pension, the Danish Parliament in may 2018 adopted gebyrordningen.

Despite a sharp dive in the number of uninsured vehicles, the scheme can not be called an unqualified success. It believes the Liberal party transportordfører, Kristian Pihl Lorentzen.

- It is gratifying that the level has fallen, but we must yet farther down. It is completely irresponsible that so many are running around without insurance.

- You can tighten the screw and raise the fee. We will not commit to anything, but it is something we will have to discuss, he says.