The only 11-year-old syrian girl Hend Zaza has qualified for The Olympic Games in Tokyo in 2020, where she will participate in the discipline of table tennis. S 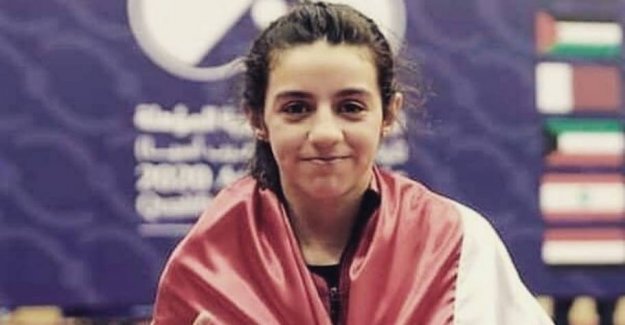 The only 11-year-old syrian girl Hend Zaza has qualified for The Olympic Games in Tokyo in 2020, where she will participate in the discipline of table tennis. She is thus one of the youngest participants at an Olympic Games ever.

The Olympic Committee in Syria has also put a notice out on their Facebook, where they celebrate the country's 11-year-old prodigy. Here you write the following:

'Congratulations to our table tennis champion Hend, who has qualified for The Olympic Games in Tokyo 2020'

The 11-year-old Hend Zaza was selected for the OLYMPICS, because she has just won the West Asia Olympic Qualification, which was settled in the country Jordan in the Middle east.

Her Zaza was born in 2009 and is already rambling as number 155 in the world. In the final, in Amman, Jordan, she won over the 42-year-old Sahakian from Lebanon. There is an age difference in the entire 31 years between Her Zaza and Sahakian. But Her Zaza won anyway the finals 4-3.

Her Zaza is just a few months younger than the uk skateboarder Sky Brown, who will fill the 12 year two weeks before the start of The Olympic Games in Tokyo, to be settled for the summer.

The youngest participant ever is the only 10-year-old Greek gymnast Dimitrios Loundras, who won bronze at The Olympic Games in Athens in 1896. As an interesting detail it can be mentioned that the Danish swimmer Inge Sørensen was only 12 years old when she in 1936 won a bronze medal in the 200 meter breaststroke during The Olympic Games in Berlin.

Her Zaza is here in action. Photo: Facebook/Her Zaza.