About 1000 people registered as being in Morocco on the night of Sunday, closed down all air traffic. The ministry of foreign affairs is following the situation 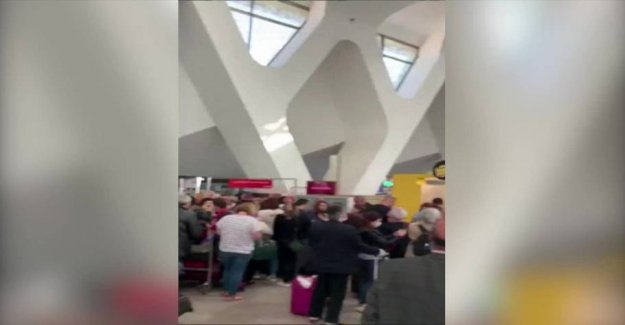 About 1000 people registered as being in Morocco on the night of Sunday, closed down all air traffic. The ministry of foreign affairs is following the situation.

France has arranged special flights for its citizens.

- More than 1000 danes have registered on danskerlisten in Morocco. We will follow the situation closely, after the authorities have decided to set the traffic for all countries, writes the Ministry of foreign affairs in a response on the situation.

The international news agencies have Sundays through described how tourists from a large number of countries have experienced not being able to leave Morocco.

France told earlier Sunday that the man has made a deal with Morocco to get its nationals out on the specially arranged flight. Also Belgium, Spain and Germany, according to AFP news agency got some people home.

- the Embassy in Rabat together with the other EU countries in the time to clarify a number of issues with the local authorities.

- We have in the night, invited the danes in Morocco to contact their travel agent, airline or insurance company to investigate the possibilities for alternative transportation as well as extended accommodation, if the moroccan's announcement leads to an extended stay, writes the Ministry of foreign affairs.