"I want to stay here, it's no secret. 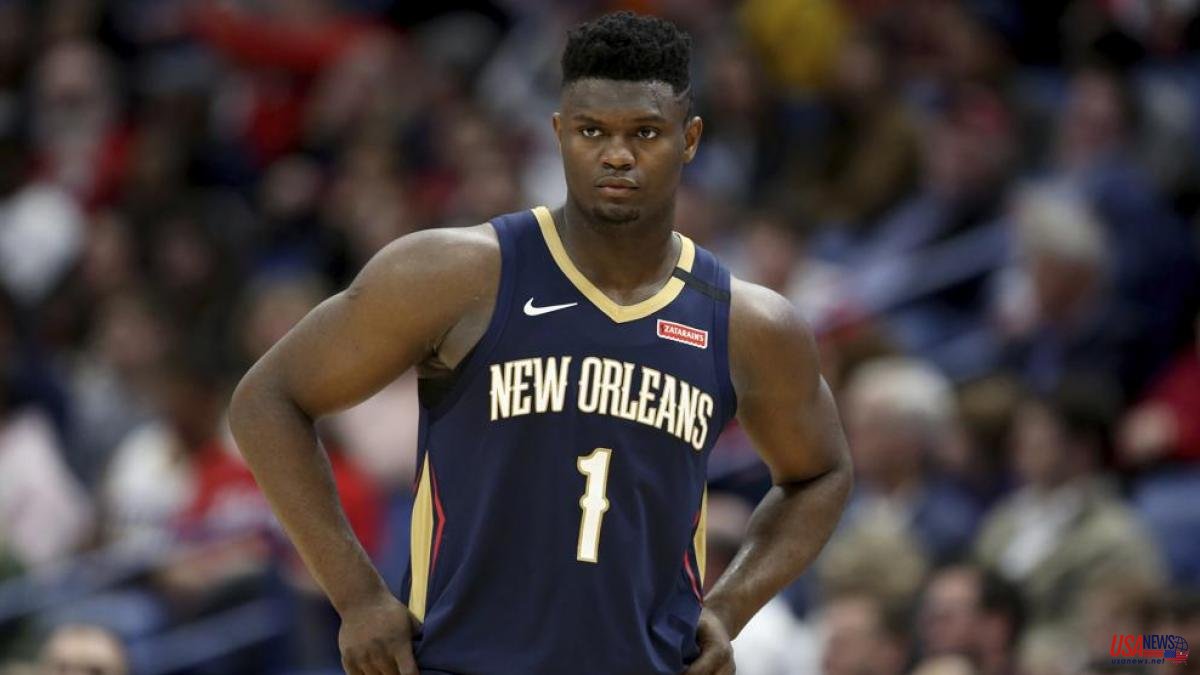 "I want to stay here, it's no secret. It was a long year for me, of rehab and mental battles, but now I'm ready to work." For Zion Williamson it was a year of mystery. A blank year, conditioned by an injury of which almost nothing was known and surrounded by speculation about the physical conditions of a special player. Someone called to mark an era, to dominate the NBA from the beginning to the end of his career. Unfortunately, the start is proving bumpier than expected.

In 2016, a video of a 16-year-old boy in a Spartanburg Day School jersey flying over his opponents and making dunks worthy of any edition of the NBA contest went viral on social media. Also another, precisely from an exhibition contest, the Under Armor Elite 24, where you can see the same young man passing the ball behind his back in full jump and sinking it aggressively into the hoop. He was Zion Williamson, a budding star from his earliest teens, hero of the age of YouTube compilations.

His physique attracted attention. In his freshman year of high school he was a 1.91 point guard. For the second he already measured 1.98. He was strong, wide, large in general, with a tendency to put on weight, and had a very peculiar way of walking and moving that he still retains. His ability with the ball did not correspond to the prototype of a player with that body. The first reports from professional analysts already highlighted his vision of the game and his sensitivity to the pass. But it is clear that if he stood out for something, it was because of his explosiveness and his athleticism. Able to get his head over the rim with apparent ease, Zion was an offensive bombshell, and his high school and college numbers backed it up.

24 points, 9 rebounds and 3 blocks per game in his first year; 28, 10 and 4 in the second; almost 37, 13 and more than 2 in his junior year; he stayed there as a senior. Season after season, Zion Williamson raised the bar, leaving hours of content for YouTube compilations, as well as garnering individual recognition and garnering attention from major universities. According to Marca in 2016, 36 centers were interested in offering him a scholarship to train with them.

The one that finally did it was Duke, one of the biggest talent factories in the history of American basketball. It is the fourth university that has contributed the most players to the NBA draft, with 107, only behind North Carolina, UCLA and Kentucky. However, it is the one that has formed the most numbers one (four), two (six) and three (seven). Zion led them, in the 2018-19 season, to the conquest of the ACC (Atlantic Coast Conference) championship, which secured them a ticket to the NCAA (National Collegiate Athletic Association) tournament, the most important in the country. that level.

In March Madness ("the madness of March"), as this event is known that pits the top 68 college teams in single-game playoffs, Duke made it into the top eight but lost to Michigan State. Despite everything, Zion Williamson was voted the ACC's best player and racked up numerous accolades. His averages: 22.6 points, 8.9 rebounds and 2.1 assists. At his side he had other recognizable faces currently in the NBA, such as RJ Barrett or Cam Reddish, with whom he formed a lethal trio. Duke became the first college that year to bring together the top three recruits of a generation.

That was his only year in college. "I remember I was recording my video announcing that I was declaring myself eligible for the draft and I didn't want to do it. I love everything that has to do with Duke," Zion then confessed to Slam magazine. He was already a star, one of the most mediatic university players in history. He signed a multimillion-dollar contract with Nike (although the sneakers played a trick on him, he burst one in a support during a game with Duke and was injured), the Canadian artist Drake wore his shirt on social networks, his dunks were viral all over the internet. His move to the NBA was inevitable.

On June 20, 2019, as expected according to the predictions of ESPN, Bleacher Report and almost all the specialized American media, Zion Williamson was chosen number one in the draft by the New Orleans Pelicans. He was followed by Ja Morant, who received the Most Improved Player award for the 2021-22 season; his classmate at Duke RJ Barrett; DeAndre Hunter; and Darius Garland.

When his opening day finally arrived (a meniscus problem in his right knee slowed him down), in a game the Pelicans ended up losing to the San Antonio Spurs in January 2020, Zion justified all the hype around to his figure since he was a teenager: in just six minutes he scored 17 points, with four triples scored in four attempts (far from being a specialist), being the first player in history to achieve it. He also smashed other records, such as the most points in a debut having played less than 20 minutes or the best debut with the Pelicans jersey, beating Anthony Davis.

In his first season in the NBA, Williamson played 24 games and averaged 22.5 points alongside promising youngsters like Lonzo Ball and Brandon Ingram. In the second he raised the level even more and began to consecrate himself as what he was: an uncontrollable power, a force capable of making a hole in the paint among players taller than him and scoring in any way. 27 points and 7.2 rebounds per game helped him to be an All-Star for the first time. However, his troublesome physique cut off his wings again.

Injury to the fifth metatarsal of the right foot. He misses the season finale and all of the following. Updates on his status are scarce and secrecy is total. He only occasionally attends the media or is seen publicly. Then it is speculated that his overweight problems could be delaying his return. In the midst of uncertainty, after announcing that he will not play again until the end of the 2021-22 season, he posts a video on social media making a spectacular mate. Nobody understands anything.

There are two things Zion has shown in the 85 games he has been able to play. When he's healthy, he's one of the most irrepressible and dominant players in the NBA. On the other hand, his explosiveness, mixed with his physique and his tendency to gain weight, make it difficult to see him healthy. In New Orleans they had a dilemma before the expiration of his contract: trust him to return to good form and offer him the maximum salary or let him go?

The Pelicans showed their trust in him and gave everything for him: 193 million in five years, which could reach 231 if Zion achieves a series of objectives. According to Sporting News magazine, the power forward would be ready to join the preseason with the team. There are many times that there has been speculation about a return that has not yet occurred, but after a whole year of recovery it seems reasonable to think that this time it will be the definitive one. Zion Williamson remains a mystery. A golden mystery.