While fighting broke out in Sievierodonetsk's city center, the president of Ukraine praised his country's fighters who defied Russian forces in Ukraine's eastern Donbas. 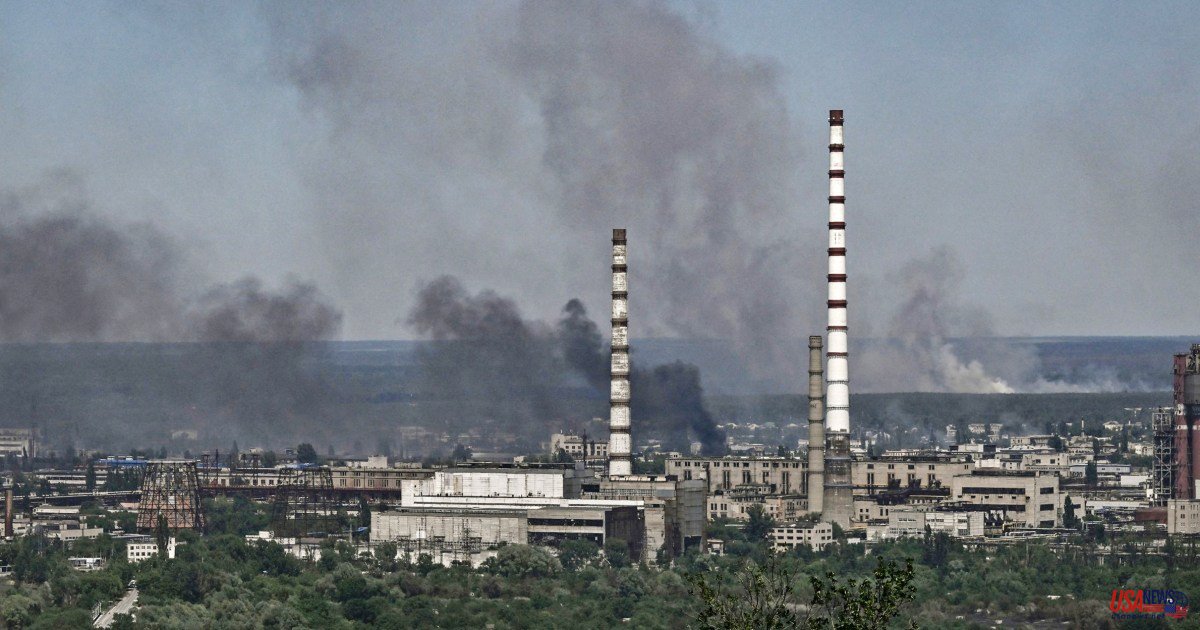 While fighting broke out in Sievierodonetsk's city center, the president of Ukraine praised his country's fighters who defied Russian forces in Ukraine's eastern Donbas.

"Remember how Russia, at the beginning of May, hoped to seize all the Donbas?" Volodymyr Zilenskyy stated in a late-night video address. It's already the 108th Day of War, already June. Donbas is holding onto."

He said that Moscow suffered "significant" losses when it tried to capture Ukrainian territory that borders Russia. Large parts of the area have been held by Kremlin-backed separatists since more than eighteen years.

However, as Russia moves toward its larger goal to seize the industrial region (which is comprised of the Luhansk, Donetsk provinces), the street-bystreet struggle for Sievierodonetsk has become a focal point of the conflict.

Luhansk Gov. Serhiy Haidai stated in a Telegram posting Sunday that Russian forces were "heavily bombarding" areas of the city. He said that no one knows the number of victims in Sievierodonetsk in the past 24 hours.

He also stated that hundreds of civilians had been sheltering at Azot chemical plants in a separate interview.

NBC News has not been able verify his claims. However, Rodion Miroshnik from the self-proclaimed Luhansk People's Republic, an ambassador to Russia, stated Saturday that 300-400 Ukrainian troops were still blocked inside the plant, along with hundreds of civilians.

According to him, Russian forces had made contact with Ukrainian troops in order to organize the evacuation of civilians. However, the troops can only leave if they surrender and lay down their arms.

Similar conditions prevailed for several weeks at the Azovstal Steel plant in Mariupol's southern city. Then, a civilian evacuation was ordered and the defending forces were ordered to surrender by the Ukrainian military commanders. Russians took the fighters from the Mariupol plant prisoner.

The Institute for the Study of War in Washington, an independent think tank, stated that the latest assessment of Ukrainian intelligence indicated that the Russian military was planning to fight "a longer war."

It cited the deputy head of Ukraine’s national security agency and said that intelligence "likely indicated the Kremlin has, a minimum, admitted it cannot achieve its goals in Ukraine quickly, and is further adjusting his military objectives in order to correct the initial deficiencies during the invasion."

According to the assessment, Moscow had extended its war timeline to October. Adjustments would be made depending upon any successes in Donbas.