Zelensky will intervene by videoconference at the NATO Summit

Volodimyr Zelensky will participate in the NATO summit to be held on the 29th and 30th, but he will do so by videoconference. 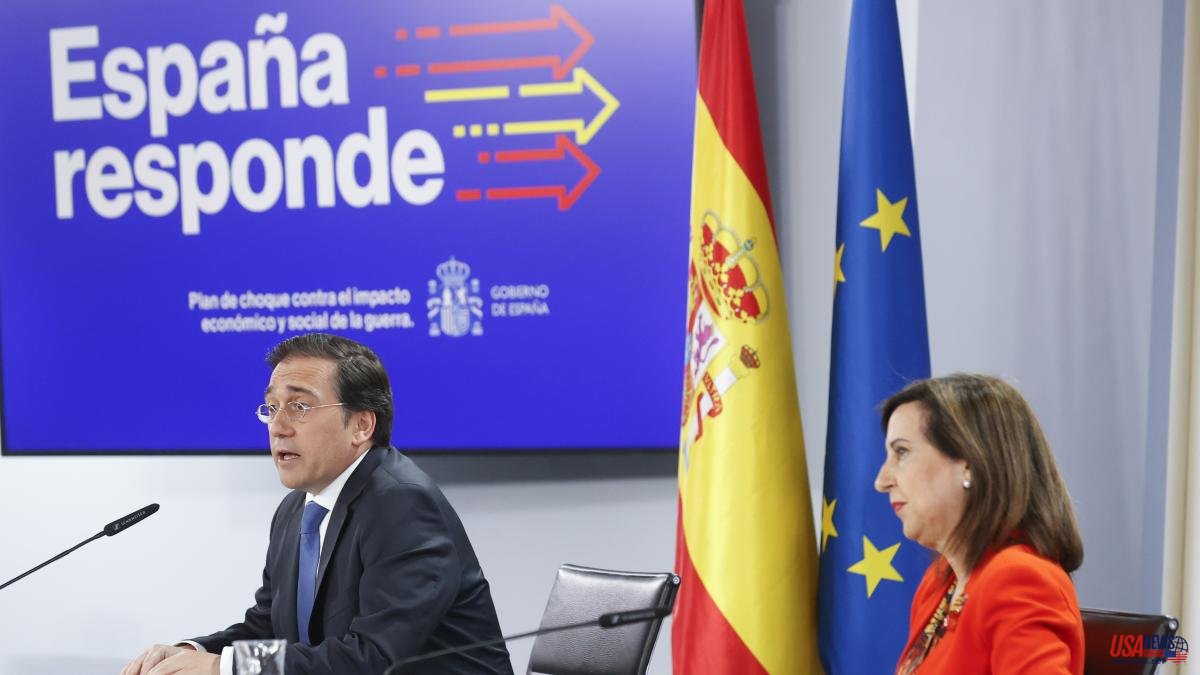 Volodimyr Zelensky will participate in the NATO summit to be held on the 29th and 30th, but he will do so by videoconference. Although his presence was raised so that the Ukrainian president could be in person in Madrid, along with 41 other heads of state and government, he will finally do so telematically, since the "extreme circumstances, of absolute complexity", make It is very difficult for the Ukrainian president to leave and enter his country.

This was announced this afternoon by the Foreign Minister, José Manuel Albares, after the President of the Spanish Government, Pedro Sánchez, spoke on Tuesday with Zelensky by telephone. Albares, together with the Minister of Defence, Margarita Robles, appeared at the Moncloa Palace to report on the preparations for the summit that will bring together 44 international delegations.

They all have a common goal to be at the summit, to support Ukraine and tell Russia, and show it, said Minister Robles, that "we are united", and that this will be "the best response to Russia's illegal aggression against Ukraine". Zelensky's intervention before NATO will take place in the framework of a special session to be held on Ukraine, within the NATO debates.

In addition to Ukraine, the incorporation of Sweden and Finland into the Atlantic Alliance, requested by these two countries after the invasion of Ukraine, given the threat posed to them by Russia, will be another matter of debate at the summit meetings, although the government Spanish does not venture to guarantee that accession can be signed at the summit itself, although progress could be made on that path, given Turkey's contrary position. Precisely Sweden and Finland will be present at the NATO summit, albeit tangentially, during a Euro-Atlantic dinner, in which not only government officials from NATO member countries will participate, but also from European states that are not in the Alliance, such as Finland and Sweden, but also Malta, Austria, Cyprus and Ireland.

In addition to this support for Ukraine, Finland and Sweden, the summit will draw up the new strategic concept for the next ten years, which Spain intends to emphasize not only on the threats on the eastern flank, that is, Russia, but also on the southern flank , given the situation in Africa with countries like Somalia suffering from famine, due to the lack of grain that came from Ukraine, but also due to the terrorist presence in the Sahel, and due to the presence of Russian groups that have helped to coups in some countries. Among them the Wagner group.

The southern flank will also be the reason, in addition to a debate between the heads of state and government, of a dinner for foreign ministers to which the ministers of Jordan and Mauritania are invited.

With all these elements, the Government is sure that the summit will be a "country success", and for this reason both Albares and Robles asked the PP "to carry out state and non-partisan politics", because with the Defense and with NATO, "you can't do partisan politics."

What the Government does not give much importance to is the words of the Minister of Social Rights and General Secretary of Podemos, Ione Belarra, who yesterday again spoke out against defense spending, because "you don't eat with bullets", and rejecting the NATO summit. A summit in which the ministers of United We Can not participate, said Margarita Robles, because only the foreign and defense ministers attend NATO summits. Robles stressed that Minister Belarra's statements "do not compromise Spain's commitment to NATO."