The President of Ukraine, Volodymyr Zelensky, whose departures from the capital, Kyiv, have been rare since the beginning of the Russian invasion, visited the Mykolaiv and Odessa regions for the first time this Saturday, located in the south of Ukraine and bathed by the Black Sea. 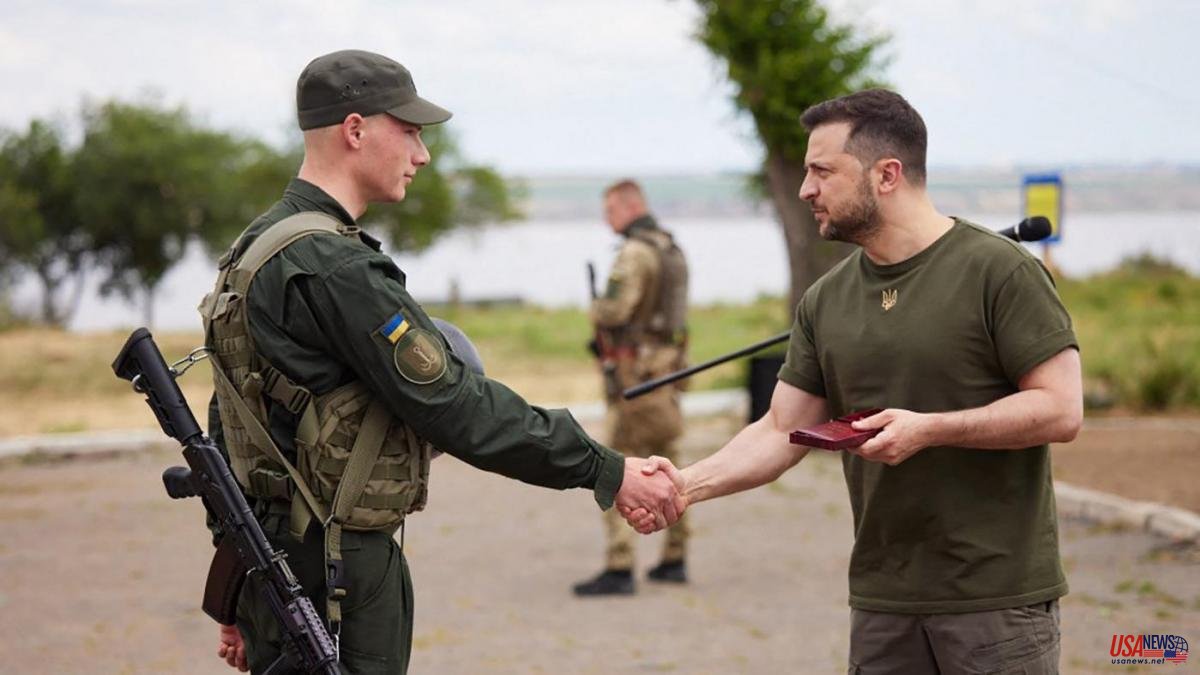 The President of Ukraine, Volodymyr Zelensky, whose departures from the capital, Kyiv, have been rare since the beginning of the Russian invasion, visited the Mykolaiv and Odessa regions for the first time this Saturday, located in the south of Ukraine and bathed by the Black Sea.

A video, released by the Ukrainian presidency, shows him inspecting a badly damaged residential building and holding a meeting with local officials in Mykolaiv.

This port and industrial city of nearly half a million pre-war residents is still under Ukrainian control, but it is close to the Kherson region, almost entirely occupied by the Russians. Despite this, it remains a target for Moscow because it is on the way to Odessa, Ukraine's largest port, 130 km to the southwest.

The visit comes the day after a Russian attack that killed two people and wounded 20 in the city.

In the video, local governor Vitaliy Kim shows Zelensky the open façade of the regional administration headquarters, hit by a Russian attack in March that left 37 dead.

The president then addressed the Ukrainian positions in this region, as well as in the neighboring Odessa region, according to his press service.

"I want to thank you on behalf of the Ukrainian people, on behalf of our state, for your great work, for your heroic service," he told servicemen in the Odessa region. “It is important that you are alive. As long as you are alive, there is a solid Ukrainian wall that protects our country,” he continued.

The president also attended a meeting with local officials in Mykolaiv in what appeared to be an underground cellar, where he handed out prizes for bravery.

"Special attention was paid to land and sea threats. We constantly work for victory," the presidency said in a statement.

The Ukrainian Ministry of Defense announced this Saturday the exchange of five Ukrainian civilians, who have been released after being exchanged with five Russian prisoners, of whom it did not specify if they were combatants.

As announced on Telegram by the General Intelligence Directorate, under the Ministry, four of the civilians had been captured by Russian forces during the hostilities that occurred in the kyiv region, before Moscow withdrew from the area at the end of March. .

In addition, along with the five civilians, Ukraine also recovered the body of a soldier killed in combat, according to the same source.

This Friday, the Ukrainian president announced the release of a health worker captured by Russian forces in Mariupol (south) in mid-March, who became famous by smuggling a memory card with videos from the besieged city.

In recent days, Ukraine and Russia have repeatedly exchanged the bodies of fallen soldiers, with about a dozen exchanges of military and civilian prisoners taking place to date.