Zelensky calls for more weapons and sanctions in Davos

More weapons and "maximum" sanctions: three months after the invasion of his country by Russia, the president of Ukraine, Volodymyr Zelensky, called on Monday in Davos for faster international aid. 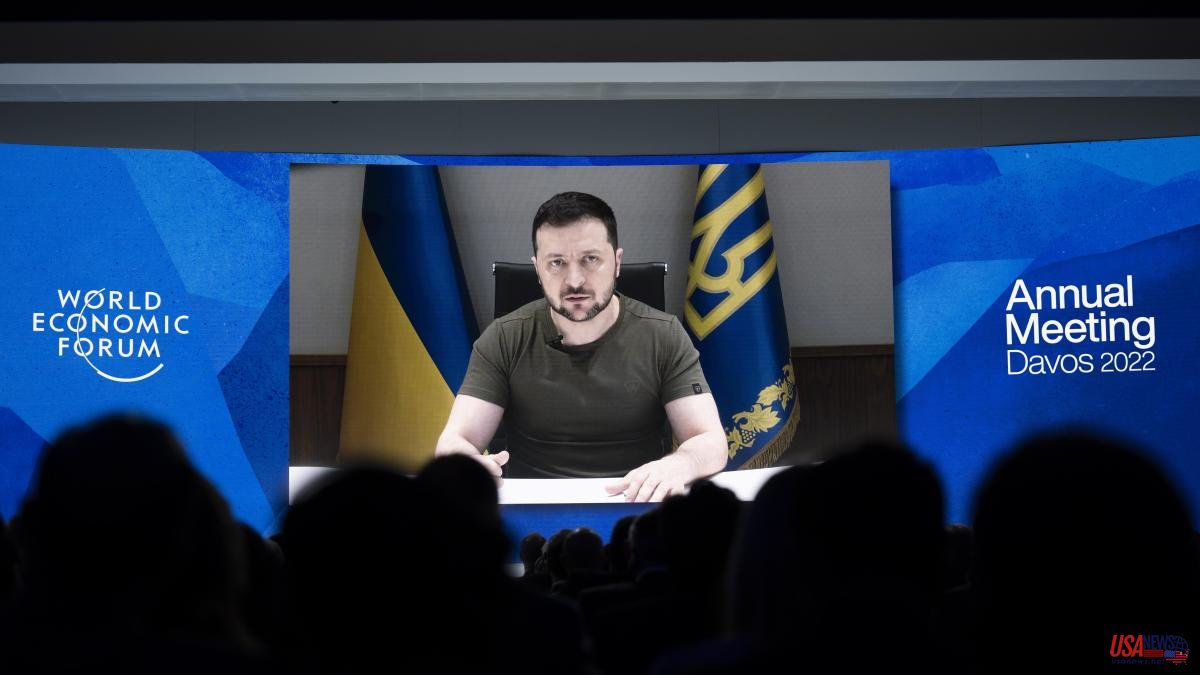 More weapons and "maximum" sanctions: three months after the invasion of his country by Russia, the president of Ukraine, Volodymyr Zelensky, called on Monday in Davos for faster international aid.

"The sanctions (...) must be maximum, so that Russia and any other potential aggressor who wants to wage a brutal war against their neighbor is clear about the immediate consequences of their actions," he said during a videoconference intervention at the opening of the annual meeting of the World Economic Forum.

At a time when Kyiv says it faces an "increasingly difficult" situation in Donbass, under heavy Russian bombardment, Zelensky also called for more weapons for his country, lamenting that support from the international community has not always been possible or not possible. happen fast enough.

"If we had received 100% of our needs in February, the result would have been the saving of tens of thousands of lives. That is why Ukraine needs all the weapons we ask for, not just those that have been supplied," he said.

"We need weapons more than anything else," Anastasia Radina, a Ukrainian parliamentarian who arrived in Davos, had already told the press on Sunday night.

Ukraine needs weapons "like those of NATO", including tanks, air defense systems, fighter planes, he told AFP, and estimated that the military aid received so far "is still not enough."

"After three months of war and tens of thousands of lives lost, we are still discussing whether we need fighter jets. Frankly, it's outrageous," he lamented.

The Ukrainian government is also calling for an intensification of sanctions against Russia, which it would like to cut off completely from international trade.

"There should be no trade with Russia," Zelensky said Monday, calling for, among other things, "an embargo on Russian oil" and measures against "all Russian banks, without exception."

Western countries have implemented a whole series of economic sanctions against Russia. But if the United States and the United Kingdom have given up importing Russian oil, the European Union has a hard time agreeing on the issue, because some of its member countries are highly dependent on Russian oil and gas.

"We understand that Europe is trying to estimate the cost that this will have for its economy. But on the other side, there is Ukraine, there is a real war," insisted Ukrainian Economy Minister Yulia Svyrydenko, who also attended Davos.

"Russia wants to destroy Ukraine... and is threatening the world with starvation. We definitely don't have time for analysis. We need to isolate Russia from the civilized world, completely," he said.

Ukraine takes center stage this week in Davos, where the meeting of world political and economic elites organized by the WEF returns after a two-year break due to the Covid-19 pandemic.

Many Ukrainian politicians have planned to make the trip in person, including various ministers, parliamentarians or the mayors of kyiv and Boucha.