Zelensky buries the dialogue and Putin accepts it with his conditions

The big day of Russia's annexation of four Ukrainian territories was Friday, September 30, when Putin and pro-Russian leaders signed accession treaties in a solemn ceremony in the Kremlin, followed by supportive concerts in Moscow's Red Square and in other cities of the country. 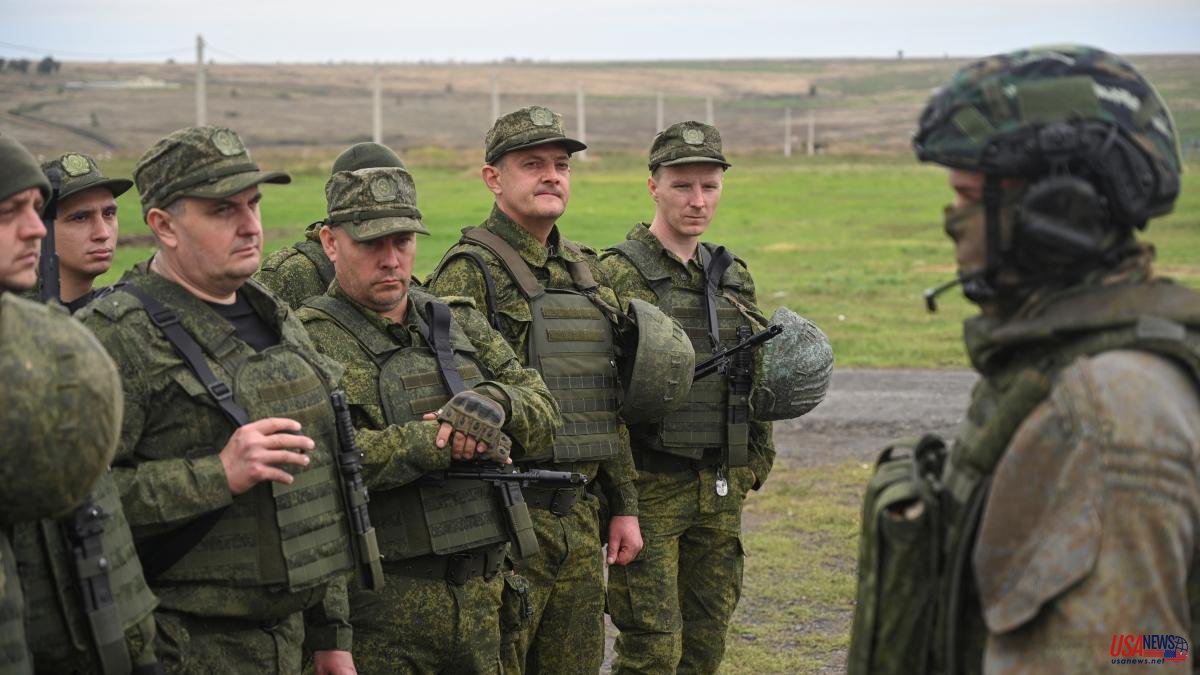 The big day of Russia's annexation of four Ukrainian territories was Friday, September 30, when Putin and pro-Russian leaders signed accession treaties in a solemn ceremony in the Kremlin, followed by supportive concerts in Moscow's Red Square and in other cities of the country. The process was completed yesterday Tuesday without great celebrations, after Russia finalized the legislative procedures. In response, Ukraine buried any eventual dialogue with Putin as Russia's leader.

The accession treaties of the Donetsk, Luhansk, Kherson and Zaporizhia regions were ratified yesterday unanimously by the Federation Council or Senate. A day earlier, the Duma (Lower House) ruled in the same direction. And on Sunday the Constitutional Court gave the go-ahead, ruling that the signing of the agreements does not violate the Russian Magna Carta. For everything to come into force, only Putin's signature remains, which the Russian leader could stamp even late yesterday.

The process is outright rejected by both Ukraine and its Western partners. Before the senators, the Russian Foreign Minister, Sergey Lavrov, said that for Moscow it is of no importance that the West does not recognize the referendums on joining Russia, recently held expressly. But they have to "understand the new reality," he noted.

But some countries close to Russia, such as China, India, Turkey, Serbia or Azerbaijan, have also been against it; and even allies, like Kazakhstan.

As a sign of total rejection, the president of Ukraine, Volodímir Zelenski, yesterday signed a decree in which he considers that the main obstacle to peace is the head of the Kremlin.

The decree of the Ukrainian president formalizes a decision of the Security Council of Ukraine to refuse to negotiate with Putin and the comments that Zelensky himself made last Friday, after the annexation ceremony in the Kremlin. Putin “does not know what dignity and honesty are. So we are ready for a dialogue with Russia, but with another president of Russia," Zelensky said that day. In yesterday's decree he formally announced that the prospects for Ukrainian-Russian peace negotiations with Putin are “impossible”.

Zelensky assured that Ukraine had presented initiatives in the negotiation process and proposed to Russia "to agree on a coexistence in equal, honest, dignified and fair conditions." But "with Russia headed by Putin, it is impossible to reach an agreement," he said. He left the door open to talk "with another president."

In his speech on Friday, Putin called on Ukraine for "an immediate ceasefire", an end to "all military actions" and "to return to the negotiating table". But at the same time he pointed out that about the annexed regions "there is nothing to talk about."

Moscow repeats that it is willing to sit down to negotiate. But it is nothing more than a dialectical trap, because those conversations are to achieve their conditions, without any concession on their part. The spokesman for the Kremlin, Dimitri Peskov, repeated it yesterday: “Since the beginning of the special operation”, Russia has advocated that “the conditions that it presents be guaranteed through peaceful diplomatic negotiations”.

Parallel to the referendums and the annexation, Putin decreed on September 21 a partial military mobilization to recruit 300,000 reservists and reinforce the troops in Ukraine with them. To date, more than 200,000 Russian citizens have already joined the ranks, Defense Minister Sergei Shoigu announced yesterday.

At the beginning of September, the Russian troops were surprised by the Ukrainian counteroffensive, with which they managed to recover almost all the land taken by the Russians in the province of Kharkiv (northeast). One of the shortcomings of the Russian army is the lack of troops.

And while Russia loses ground on the battlefield and increases tension with referendums, annexation and mobilization, the most critical opposition to Putin, that of the imprisoned Alexei Navalni, assured yesterday that he continues his fight.

His team announced the reactivation of the political movement, declared "extremist" in June 2021 and outlawed by the Russian justice system. Previously, in April, Navalni decided to dissolve his network of offices to protect his collaborators from any criminal prosecution. That network "will reopen to fight Putin, mobilization and war," opponents said yesterday.

Navalny created a wide regional network coinciding with the 2018 presidential elections. “A year ago Putin, preparing for war, decided to destroy all this. But now we are back! We will confront Putin and his bloody war with Ukraine. We will rebuild a network of contacts throughout Russia," they said on Telegram.

"Of course, the revived headquarters will no longer be bright offices in the city center, but will be like partisan cells," Navalni's aides note. The team asks for volunteers, who will remain anonymous for safety.

“Tens of thousands of people in Russia and Ukraine have already died, and if nothing is done now, hundreds of thousands more will die. Let's do everything we can to prevent this," the team said. When Navalni dissolved his network he announced that he was not giving up.