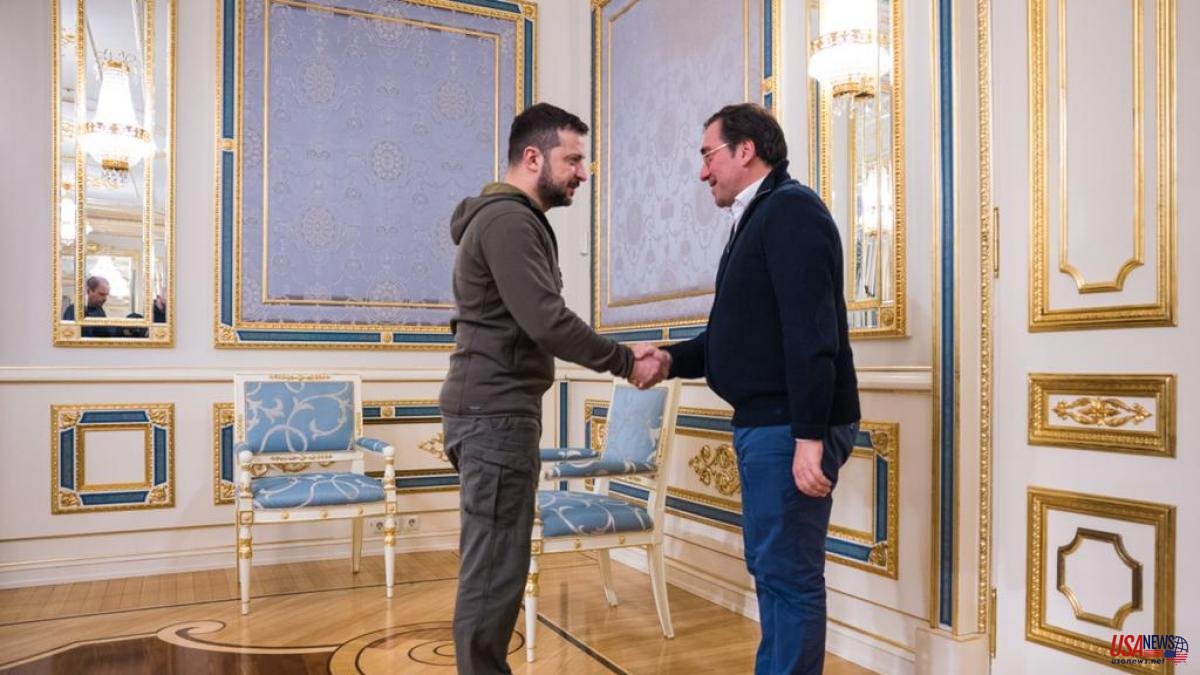 According to these sources, Zelensky thanked Spain for its support, both on a military level, with the shipment of weapons since the beginning of the war, and on a humanitarian level, with the reception of many Ukrainians in Spanish territory.

In fact, the Foreign Minister traveled to Kyiv this morning to deliver 30 ambulances from the Spanish Government to the Ukrainian authorities, a contribution that is added to the 14 generators that last week undertook a trip to Ukraine, from Spain, on an organized trip for the Ministry of Defense, which coincides with greater needs in the country invaded by Russia, given the new offensives that have left a large part of the country without electricity.

At the meeting, according to Foreign Affairs, the joint candidacy for the 2030 World Cup, which had been presented by Spain and Portugal, who have invited Ukraine to be part of it, was also discussed.

Albares arrived at eight in the morning in Kyev, by train, after making the night journey that connects the Polish city of Pzemyzil with Kyiv, where he has remained all day on an official visit, with institutional meetings, especially with his Ukrainian counterpart, and where he has been able to verify "the devastating effects that the Russian attacks have had on the city and nearby towns."

The Spanish Foreign Minister has specifically visited a neighborhood devastated by the Russian attacks and in which he has made a floral offering, and traveled to Makariv, a town 50 kilometers from the capital, strongly affected by these attacks.

With his visit, the Foreign Minister intends to transfer "political, diplomatic, humanitarian and military material" support from Spain to Ukraine, in its struggle "to defend its sovereignty" and convey to them "that we are aware that there are people of flesh and bone that suffer every day", since "the marks of war are felt".