Zapatero recommends Felipe González to read the law by heart

The former Prime Minister José Luis Rodríguez Zapatero has recommended to one of his predecessors in office, the also socialist Felipe González, that the bill on Democratic Memory that he questioned be read, since he believes that "hearsay" debates are " very imperfect for a country". 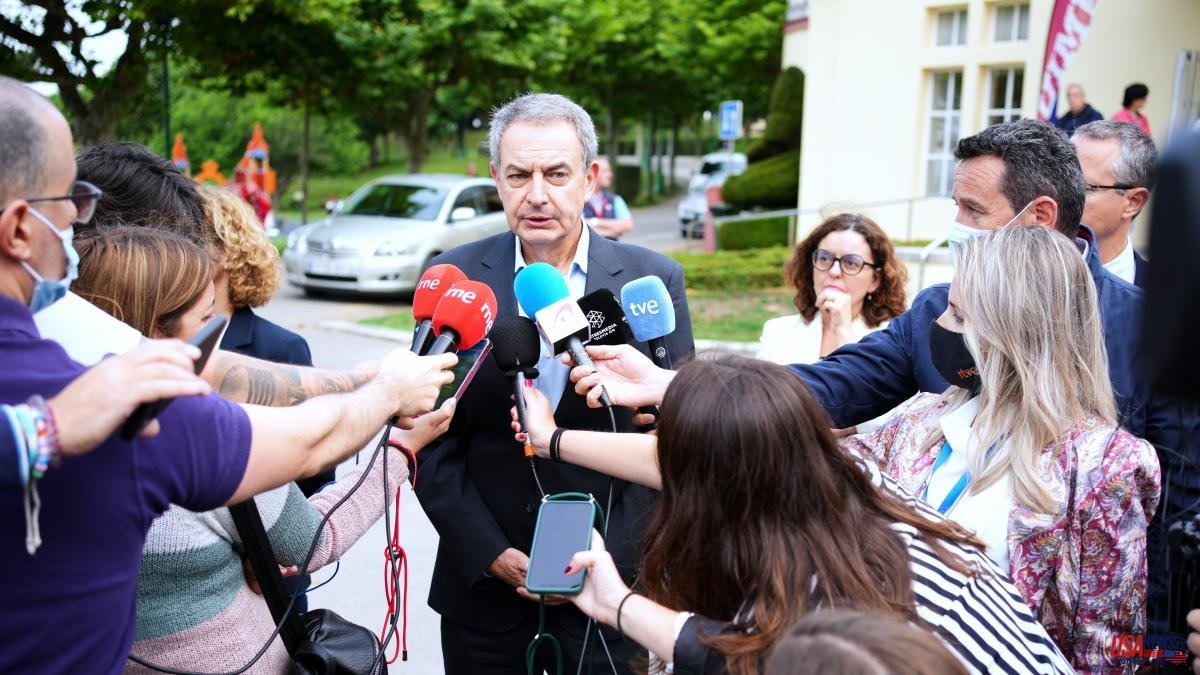 The former Prime Minister José Luis Rodríguez Zapatero has recommended to one of his predecessors in office, the also socialist Felipe González, that the bill on Democratic Memory that he questioned be read, since he believes that "hearsay" debates are " very imperfect for a country".

Although Felipe González acknowledged that he had not read "thoroughly" the Democratic Memory Law, which Congress is expected to approve on July 14, the former socialist president said that it does not "sound good" to him and he believes that with it we run the risk that "the memories become forgetfulness".

"Felipe González has said that he had not read it, but that it did not sound good to him. I think he should read it. Sometimes there cannot be a democracy and a hearsay debate. This is very imperfect for a country", commented Zapatero in an interview in elDiario.es.

One of the issues that is generating the most controversy is the pact signed between the Government and EH Bildu to carry out the law with the approval of several amendments, including the creation of a commission to study human rights violations between 1978 and the end of 1983 people who have fought "for the consolidation of democracy.

On the study of possible violations of fundamental rights at the beginning of democracy until the end of 1983, including the first year of the González government, Zapatero has commented that it is something that seems "good" to him.

"Democracy always has the capacity to go a little further, to improve, to include everyone in their dignity," he added.

And regarding the criticism regarding the pact with EH Bildu, he said that it is an indicator of "the difficulty there is on the part of a sector of opinion to fully understand and with a vision of compassion that democracy is kindness, it is hospitality, it is compassion, it is affection, it is recognition, it is dignity for those who have not had it". "There is a misunderstanding and a partisan use", he has denounced.

On the other hand, he has opined that the coalition government of the PSOE and United We Can "is going to last the entire legislature and that it is going to solidify and improve the climate of union in the coalition in this year and a half or final stretch".

In addition, he has described the future transgender law as "a great advance", which ensures that "it is in line with the recommendations of the large international organizations to recognize, protect and guarantee what transsexuality is and what autonomy represents in the will with guarantees.